Character tropes regarding the main and recurring cast of Acquisitions Incorporated.

has been the Dungeon Master of the "A" Team from season 1 until the middle of season 12 (or just over a decade), except for half a game run by his Wizards of the Coast colleague James Wyatt

, half a game run by Pat, and one-and-a-half games run by Mike. He has formally passed on his DM cap to another colleague, Jeremy Crawford

, in the episode "Switcharoo" in 2018. Most of the tropes listed here refer to the wacky personas Chris had assumed for the live events and to his game-mastering style.
Advertisement:

Founding Members
Not a lot detail was initially revealed about the members' background. As the games went on and the players got more familiar with the characters and continued to develop on them, further information about their previous lives gradually came to light. Tropes pertaining to the group as a whole and to the founding members in particular include: 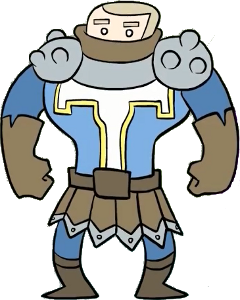 "This is the worst thing that has ever happened."
Race: Half-elf
Class: Cleric (War Domain)
Played by: Jerry Holkins

The fast-talking founder and CEO of Acquisitions Incorporated. Omin is a half-elf cleric of Avandra and, after a forced relocation to the Forgotten Realms, of Tymora. A consummate businessman whose duty is to his shareholders first (of which he is the only shareholder), his goddess second and his employees/friends a distant seventh.

From season 8 inwards, he serves as a Masked Lord of Waterdeep. 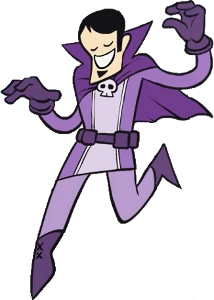 Jim is a narcissistic human wizard of the New Hampshire Darkmagics. As the prodigious son of a well-renowned family of wizards, Jim exhibited both a talent for magic and immensely self-centered behavior early on. As he had never held his family in high regard, he left it behind to travel the world, despite his status as the oldest son and heir. In spite of his talents as a wizard, Jim primarily sees himself as an entertainer, donning the mannerisms and behaviors of a stage magician. Beside his involvement with AcqInc, he enjoys a career as a popular performer for the masses. Holding his own ego in the highest regard, Jim is most often concerned with his own appearance and well-being. 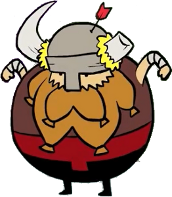 Binwin is a reckless and simpleminded Dwarven fighter. His clan was disgraced and all but destroyed by the machinations of their main rivals, the Ambershards. After that, Binwin drifted around from tavern to tavern before he was eventually found and recruited by Omin. A warrior by heart, Binwin doesn't care much for anything, beside the thrill of battle and the alcohol.

, with the 2016 Christmas Special doubling as his farewell episode. 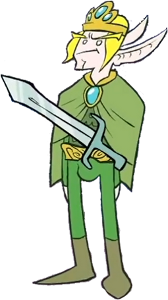 Aeofel is an Eladrin Avenger/Paladin of Melora who seeks out Acquisitions Incorporated after receiving a vision from his patron goddess. He initially begins as The Comically Serious, but over time absorbs all of the worst character traits from his new co-workers. His least favourite things include Binwin, being called "Al", and falling into acid pits.

Wil left the show after season 6, concurrently with its transition to the Forgotten Realms and 5E, leaving Aeofel's abrupt departure tantalizingly unexplained. Despite much speculation concerning Wil's possible return, it is clear after so many years that it will likely never happen (especially since Aeofel had returned in The Series as an antagonistic NPC).

Viari is a charismatic swashbuckler described as "both red-headed and red-blooded". He joins Acquisitions Inc. after they involuntarily move their base of operations to the Forgotten Realms in Season 7 (replacing Aeofel), and has settled into his role as The Sixth Ranger. He is really good at swinging off chandeliers. At the end of season 11, Viari becomes the first person ever to make it out of the internship and sub-employee status into full employment.

"If I wanted to kill, I would have killed."
Race: Elf
Class: Ranger (Hunter)
Played by: Morgan Webb

Môrgæn (pronounced like "Morgane") is an Elven ranger who joined the party as an intern in season 8 and returns in seasons 11 and 12. 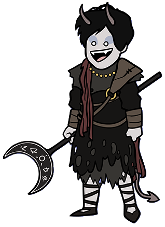 A member of the Waffle Crew from Chris' other campaign, Dice, Camera, Action!, who is summoned by Omin (with the power of money) to serve Acquisitions Inc. as an intern for two episodes in season 11 and three in season 12. See Characters.Dice Camera Action for tropes associated with her.

Another member of the Dice, Camera, Action! Waffle Crew and Omin's crush, who gets caught up in Acquisitions Inc.'s adventures in season 12. See Characters.Dice Camera Action for tropes associated with her.

A native of Ravnica, who meets Acquisitions Inc. when they're hired to rescue and protect his dryad friend Elm. He decides to sign on more permanently when Omin agrees to his fee of "3,000 pounds of cheese".

The "C" Team
Tropes pertaining to the "C" Team as a whole:

Walnut is one of our newest Franchisees, and brings what I would describe as a "weird, borderline-frightening" enthusiasm. As a child of the Enclave Panax Anima, an all-female clan of woodland defenders, joining an urban adventuring guild seems like a weird choice...? That hustle, though. Sometimes, you just have to roll the dice.

Rosie Beestinger came to us highly recommended—by basically everyone. By which I mean at least one hundred halflings all entered her name in our Winter Intern drive. They all seemed a little nervous, and their handwriting was very shaky. Who knows! Maybe they were very, very cold. Winter, right?! She's a monk or something. Let's see how she does.

K'thriss Drow'b (pronounced "Kuh-thriss") is AcqInc newest hire, officially debuting with the main party in season 11, after unsuccessfully vying for internship since at least season 7 and narrating many of the Previously On… intros in the meantime. Afterwards, he becomes the Hoard Person of The "C" Team, a spinoff beginning March 2017.

Kris Straub has actually been involved with the series in some capacity pretty much ever since its conception, although before 2017, he had only ever actually played with the others once, in the brief Dark Sun spin-off back in 2010.

and/or of the Crown

This copper, draconic gentleman claims to know more than one hundred different dragons. Chromatic, metallic—just tons and tons of dragons—I'm hoping we can leverage some of these connections in our dealings. None of the dragons I've contacted have gotten back to me, but they're probably just very busy right now. This is one of of the busiest times for dragons... or so I've been told by my new best friend, Donaar Blit'zen.
The Beestingers
Rosie Beestinger has an astounding number of children, who form a distinct subset of the "C" Team's Guest Star Party Members. Tropes that apply to the them as a whole:

Driebus is Rosie's good-for-nothing son, who first appears in episode 6 of The "C" Team.

Another of Rosie's many, many children, first appearing during the "C" Team's excursion to the Dragon's Hoard river-going casino.

An adopted child of Rosie, who briefly encountered the party during preparations for a festival that would make use of their home base inn.

Vandal is a simple-minded halfling who enlists AcqInc to "reacquire" a clutch of bronze dragon eggs stolen and hidden in the Dragonspear Castle by the Cult of the Dragon in season 8. In the same episode, he reveals himself to actually be a silver dragon in humanoid guise and later teams up with the party again in the season 10 finale to storm Stratovar's flying castle.

Flabberghast is a former employee of Dran Enterprises, first introduced to monitor Acquisitions Incorporated prior to a possible corporate takeover.

Drizzt Do'Urden (yes, THAT Drizzt) is a dark elf ranger that just so happens to have not one magic scimitar, but two. While not an actual intern (as he's keen to point out), he joins Acquisitions Incorporated for two short adventures in Season 10 after they helped save him at the end of Season 9.