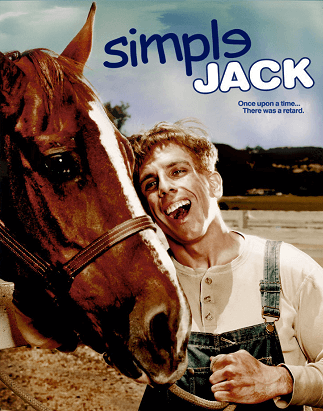 "Mental illness. It's the thing actors pretend to have in order to win Oscars." — John Oliver, Last Week Tonight with John Oliver
"I'm going to put you in a paralyzing diving accident so you can inspire people with watercolors you paint with your feet."
— Maria Bamford (with Irish accent reminiscent of Roma Downey)
Advertisement:

A.k.a. the Magical Disabled Person (to go with Magical Negro, Magical Queer, Magical Native American, and all their magical friends).

Sometimes a Girl of the Week (in which case, see also Disabled Love Interest) or part of a Very Special Episode or Made-for-TV Movie, the Inspirationally Disadvantaged Person superficially appears weak or downtrodden but has hidden reserves of strength which often results in An Aesop.

A lot of the time, especially in the Sitcom, the Inspirationally Disadvantaged person's reserves of strength are applied to doing some perfectly ordinary task such as competing in the school talent show, graduating, or going on a date. It's only elevated to the heights of heroism because the person doing it is "differently abled".

Advocacy groups have spoken out against the practice, since it's more than a little patronizing to portray a disabled person as heroic for doing something the rest of us do all the time - comparable to You Are a Credit to Your Race. That's one reason that this trope is a lot less common than it used to be, though a few shows that aren't afraid of a little Glurge still do it from time to time. It's also been noted that people seem to like to shower actors who portray these kind of characters with awards, thus prompting more than a little cynicism about the motives of actors who take on these roles.

Disparagingly known as the "super-crip" by disabled people, these are characters with disabilities shown as going above and beyond the level of even non-disabled people in spite of their disabilities. This has led to the belief that a wheelchair user should be training for the Paralympics or a Genius Cripple, the mentally handicapped and blind should be practicing to be famous artists, and that having clinical depression should turn you into an awesome writer. In some cases, the character turns out to have a special talent or skill that no other character can beat, sometimes implicitly "making up" for the disability, sometimes bordering on Disability Superpower. In certain cases, the story goes out of its way to paint the handicap as a good/bad thing that influences (or is influenced by) the character's capacity to interact with whatever magic is in the setting, meaning that Neurodiversity Is Supernatural.

While it's certainly an improvement on pity, it can get irritating since most disabled people really just want to get on with relatively normal lives, with maybe a few accommodations like ramps, appropriate medication, and as little patronising as possible.