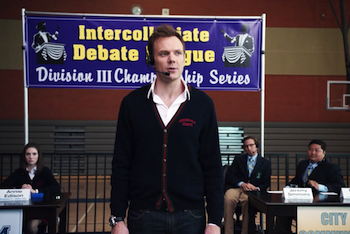 "It's debate, not American Idol."
Advertisement:

Jeff joins Annie on the Debate Team. The study group finds out that Abed has been making films about them, covering events before they even took place. Pierce helps Britta quit smoking.