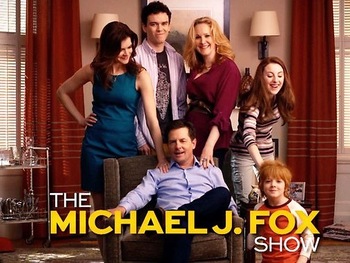 A 2013–14 sitcom on NBC, starring Michael J. Fox (duh) as Mike Henry, a news reporter who retired when diagnosed with Parkinson's, then decided to go back to work.