Household of Ragnar the Fearless 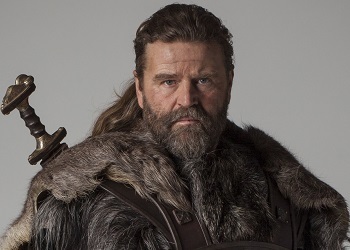 A formidable and infamous Danish warlord, Earl Ragnar is fearless, charming, and a natural leader — but also a warm-hearted family man. Devoted to his son, Ragnar the Younger, he doesn't hesitate to also take Uhtred under his wing, seeing spark and courage in the Saxon boy. Uhtred sees Ragnar as his true father. 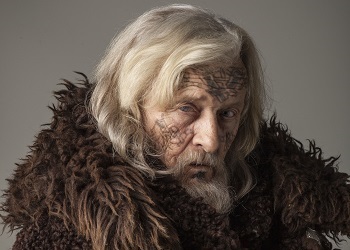 Earl Ragnar's elderly father, Ravn, is a 'skald' (a Viking poet and wise man). Given his considerable life experience, he is philosophical about the struggles of the Danes and is able to impart his wisdom to young Uhtred, who often acts as the eyes of blind Ravn.

Household of Ragnar the Younger 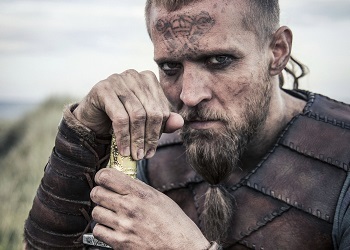 Uhtred’s Danish brother Ragnar the Younger is brave, loyal and fair, and will come to Uhtred’s aid when he’s most needed, despite struggling with his brother’s enduring loyalty to Alfred and the Saxon cause. Ragnar and Brida are now Alfred’s hostages, but Ragnar knows he must fulfil his destiny by avenging his father’s death at the hands of Kjartan the Cruel. 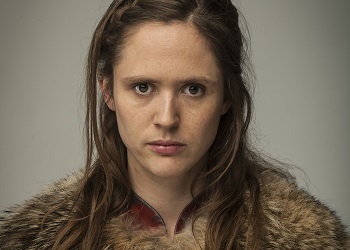 Alongside Uhtred, Brida is captured as a child and raised by Danes. Brida and Uhtred's similar fates bind them as kindred spirits; the two become best friends and lovers. Fearless, gutsy, outspoken, and a born fighter, Brida immediately feels at home in the boisterous world of the Danes. 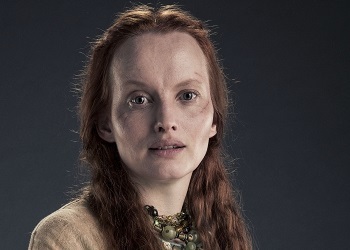 Ragnar and Uhtred’s sister, held prisoner by Kjartan and Sven in their impenetrable fortress of Dunholm. Damaged by the loss of her family and abuse by her captors, Thyra has lost all hope of freedom and happiness and choses to live in a dank cell, with only the hounds of Dunholm for company.

Household of Kjartan the Cruel

Murderer of Uhtred’s Danish family and captor of Thyra. Feared lord of the fortress of Dunholm, he is known as ‘Kjartan the Cruel’. Unfazed by his enemies, Kjartan is ruthless and devious in his schemes to crush all those who oppose his standing as a great lord of the north. 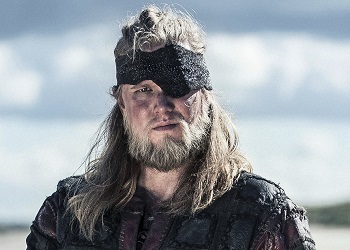 Enemy of Uhtred and abuser of Thyra. Spoilt and arrogant, Sven ‘the one-eye’ lacks the cunning of his cruel father, Kjartan, but his malice should not be underestimated. An enemy of Uhtred’s since childhood, Sven’s cowardly nature is put to the test when they meet again.

Household of Sigefrid & Erik, the Brothers

Sigefrid is a fearsome Northman and leader of men, adept at plundering and conquering Northumbrian land. Aggressively ambitious, Sigefrid sets his sights on a higher prize that will shake Alfred’s kingdom to its very core. Sigefrid’s burning intensity and appetite for destruction can only be tempered by his brother, Erik, with whom he shares a fiercely close bond.

Northman warlord, brother of Sigefrid. More considered and contemplative than his violent brother, Erik and Uhtred form a precarious understanding and mutual respect. Kind and loyal, Erik’s compassion and faithfulness leads him into deep waters. 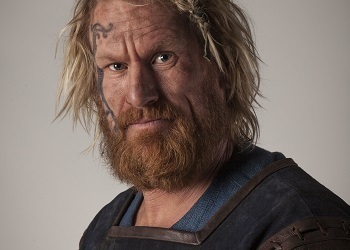 The most senior ranking Dane involved in the invasion of Northumbria, Ubba is a mountain of a man — loud, brash, violent, playful and a little unhinged. A ferocious warrior, Uhtred is warned as a boy never to fight Ubba, but fate may dictate that he must. Ubba's weakness is his superstition and his reliance on his sorcerer Storri.

A Danish warlord and Ubba’s second-­in‐command, Guthrum is a man of quiet intensity. Dour and relentlessly pessimistic, with a dry sense of humour, he is a cold-­hearted killer, but his belligerence hides a conflicted soul. He develops a fascination with Christianity, with surprising repercussions.

Sworn to the Northman brothers, Erik and Sigefrid, Haesten fails in a task of great responsibility and is rescued by Uhtred in a moment of mercy. Sly and self-interested, Haesten is a master of self-preservation and will do anything for the sake of personal gain.

Ragnar the Younger's cousin and a rather self-serving man who doesn't hesitate to find means to gain more power, even if it means bringing down family.

A Norse-Gaelic warlord who arrives from Ireland, claiming kinship to Ivar the Boneless and by extension Ubba. 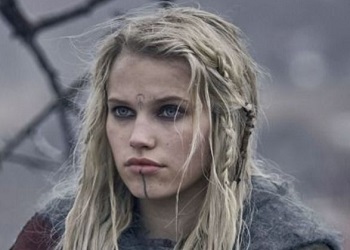 A ruthless and ambitious seeress first seen as the consort of Bloodhair.

Skorpa of the White Horse

A hulking Dane, Uhtred trains Clapa for king Guthred’s army of Cumbraland. He’ll become one of Uhtred’s best fighters, but his savagery in battle belies a warm heart and loyalty to his comrades that holds no bounds.

A Danish warrior once in service of the brothers, Sigefrid and Erik, Dagfinn remains a presence in the Danish forces threatening Wessex.