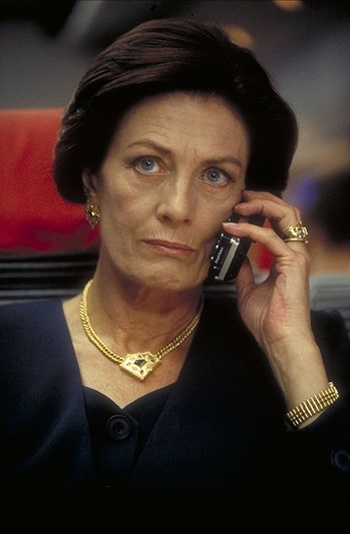 Portrayed by: Vanessa Redgrave
Dubbed in French By: Danielle Girard
Appearances: Mission: Impossible
"I don't need to tell you what a comfort anonymity can be in my profession.... it feels like a warm blanket!"

A criminal weapons dealer who is negotiating with the rogue IMF agent known as "Job".

Appearances: Mission: Impossible
Portrayed by: Jon Voight
Dubbed in French By: Claude Giraud
"Well, you think about it Ethan, it was inevitable. No more Cold War. No more secrets you keep from yourself. Answer to no one but yourself. Then, you wake up one morning and find out the President is running the country without your permission. The son of a bitch, how dare he. Then you realize, it's over. You are an obsolete piece of hardware, not worth upgrading, you got a lousy marriage, and 62 grand a year."

The rogue agent of the IMF that works with Max. See IMF Agents for more details.

A henchman of Max's. 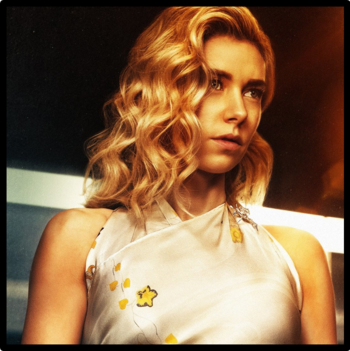 "Family, what can you do?"
Portrayed by: Vanessa Kirby
Dubbed in French By: Elsa Davoine
Appearances: Fallout
White Widow: You can't possibly be John Lark?
Ethan Hunt: I'm not, actually. It's an alias.
White Widow: I suppose it's better than John Doe.

An arms dealer whom John Lark is supposedly meeting with to get his plutonium cores. She is the daughter of Max and also known in public as Alanna Mitsopolis. 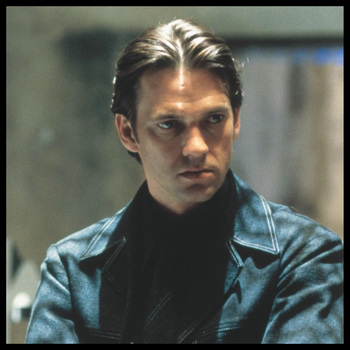 "Feel like pleading for your life?"
Portrayed by: Dougray Scott
Dubbed in French By: Patrice Baudrier
Appearances: Mission: Impossible II
"You know women, mate. Like monkeys they are. Won't let go of one branch until they've got hold of the next."

A rogue agent of the IMF turned criminal. 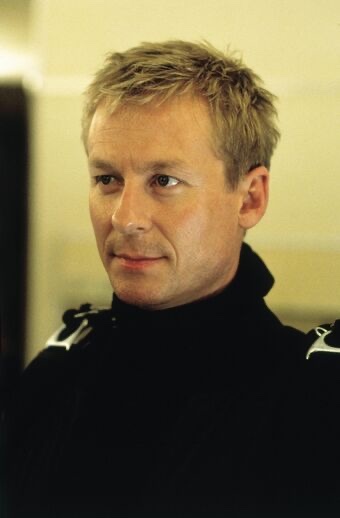 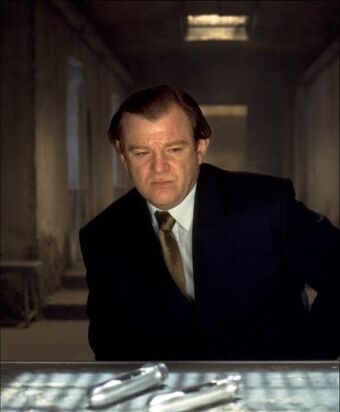 Portrayed by: Brendan Gleeson
Dubbed in French By: Sylvain Lemarié
Appearances: Mission: Impossible II
"I needed to know just how bad the disease was in the real world, not just the lab. You were genetically splicing together strains of influenza to create a cure for all influenzas, but you were also creating a disease so terrible in Chimera, the cure would be priceless! I needed Chimera in order to peddle Bellerophon; it's not that difficult to understand, is it? Look, I've got the virus, you've got the cure. I need them both. Time was, a shot of penicillin would knock off every bloody bug in the zoo. Not anymore. If I couldn't make money killing the microscopic little shits that are out there, well, you'd help me put one out there that I could make money on. Well, there it is. I've confessed. I, John C. McCloy, am in business to make money. Now forget any deal you may have made with that thug Ambrose, get me treated and let's go back to work!"

CEO of Biocyte Pharmaceuticals and an ally to Ambrose. 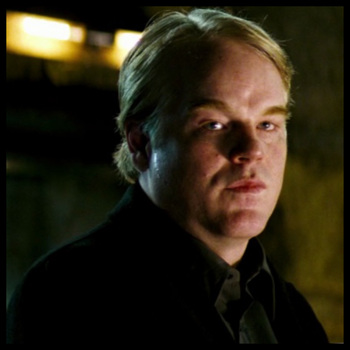 "You can tell a lot about a person's character by how they treat people they don't have to treat well."
Portrayed by: Philip Seymour Hoffman
Dubbed in French By: Emmanuel Jacomy
Appearances: Mission: Impossible III
"You have a wife, girlfriend? Because you know what I'm gonna do next? I'm gonna find her, whoever she is, I'm gonna find her and I'm gonna hurt her. I'm gonna make her bleed, and cry, and call out your name, and you're not going to be able to do shit, you know why? 'Cause you're gonna be this close to dead. And then I'm gonna kill you, right, in front of her."

The man in charge for placing explosive implants.

Owen Davian's interpreter at the Vatican and also head of security. 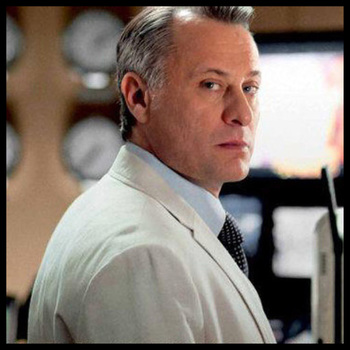 William Brandt: 190 IQ. Served in Swedish Special Forces. Professor of physics, Stockholm University. Specialist in nuclear endgame theory. Asked to resign... well, because he's crazy.
Portrayed by: Michael Nyqvist
Dubbed in French By: Gabriel Le Doze
Appearances: Ghost Protocol
"How will the world finally end? It is my job to predict the unthinkable. To treat the deaths of billions as a game. After 20 years of this, I was numb. Until a new question crossed my mind. What happens after the end of the world? Every two or three million years, some natural catastrophe devastates all life on Earth. But life goes on. And what little remains is made stronger. Put simply, world destruction is an unpleasant but necessary part of evolution. What happens then, I wondered, when mankind faces the next end of the world. I looked to Hiroshima, Nagasaki... thriving cities rebuilt from the ashes, monuments to the unimaginable, dedicated to the concept of peace. It occurred to me here that nuclear war might have a place in the natural order. But only if it could be controlled. Only if it touched every living soul equally. May there be peace on Earth."

A Swedish nuclear strategist who wants to start a nuclear war. 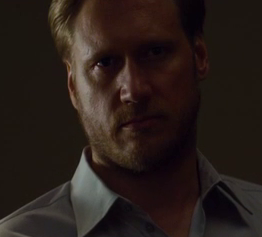 Hendricks' main (and seemingly only) henchman. 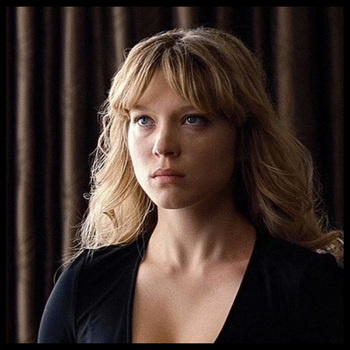 "No diamonds, no codes."
Portrayed by: Léa Seydoux
Dubbed in French By: Léa Seydoux
Appearances: Ghost Protocol
Sabine: How good is your backup?
William Brandt: The best.
Sabine: (Laughs) I've killed the best.

A French assassin who kills IMF operative Trevor Hanaway in order to steal nuclear launch codes, which she plans to sell to Hendricks for a large sum of diamonds.

Portrayed by: Ilia Volok
Dubbed in French By: Lionel Tua
Appearances: Ghost Protocol
Ethan Hunt: Our countries are on the brink of war.
The Fog: War is very good for business.
Ethan: Nuclear war?
(Beat)
The Fog: Go on.