The characters from Area X.

Given that most of the main cast is a Walking Spoiler to an extent, be warned of potentially unmarked spoilers.

"Is there any meaning to life?"

The heroine of the game. As a member of the organization behind Project Recovery, and due to being one of the few who can travel through time and stay in alternate dimensions for long periods, her job is a Time Negotiator: to travel to various worlds and negotiate with them for their resources. 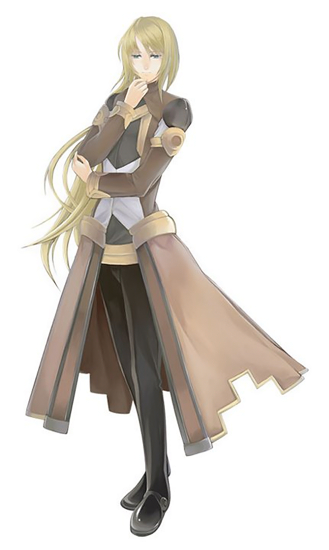 "When you believe, you must also prepare to be betrayed."

Elcia's potential Love Interest in the Future. A childhood friend of Elcia's, she and he were known as the "Sadistic Duo" during their days at the institute. He acts as her operator for when she's on missions.

"I believe there are reasons for all of us to be here."

Elcia's potential Love Interest in the Present. He is the same Rexus from X-Note, approximately a year or so before the events of that game. A samurai-like figure who appears to be stalking Elcia, not much is known about him.

"Morality is an illusion created by society."

Elcia's potential Love Interest in the Middle Ages. He works as a painter for Pedoe, with his gentle personality and connections being of great asset to Elcia during her missions in his time period. 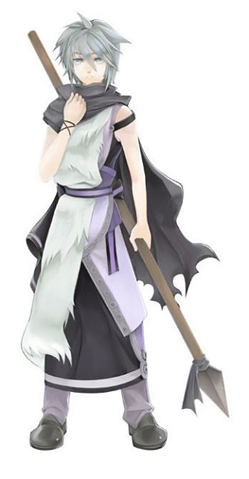 "I live today to see tomorrow."

Elcia's potential Love Interest in the Ice Age. Having grown up in a harsh environment, Yuras is a boy of few words and heavily survival-oriented, with his physical strength assisting Elcia more than once. 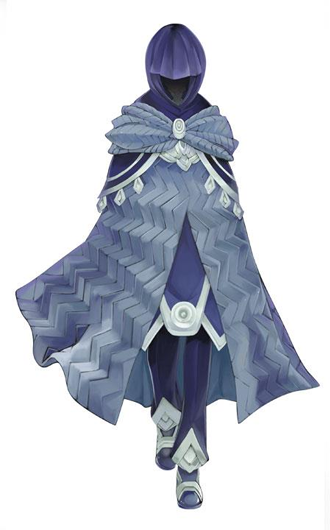 "What does it mean to be human?"

Elcia's potential Love Interest in Area-X. A mysterious being who claims to not be human and who possesses an agenda, Ferim offers Elcia cryptic advice about what she needs to do but otherwise tells her little.

Characters from X-Note
These are the characters who appear predominantly in X-Note. Unless otherwise stated, assume most of the tropes of that game apply here as well.

The heroine of X-Note, whom Rexus is searching for.

The first new person Elcia meets in the Present. Depending on the actions Elcia takes, he may help her find a way to contact Loil (albeit not entirely voluntarily).

A boy working for McMirage and who also sells wares on the streets. Depending on the actions Elcia takes, she may enlist him as a pupil and have him dig up information on ORZ Corporate in return. In Ferim's route, he may also appear in the Middle Ages.

A boy Elcia meets while searching for Crete with Yuras or, potentially, exploring the Middle Ages for memories, who does his best to help her with her goals.

Yuon's father. Depending on the actions Elcia takes, she may strike a deal with him: he gets her a connection with Loil, and she'll help repair his relationship with Yuon.

A friend of Scid's. Depending on the actions Elcia takes, she may meet the woman and develop a light friendship with her.

The head of the ORZ Corporate in the Present.

A childhood friend of Elcia and Belph's, having gone to the same school as them, and a member of the same organization. Despite her frequent exasperation at their antics, she's considered to be Elcia's closest friend.

She can be found in the Future.

The president of the ORZ Corporate and thus de facto leader of the entire world. He rarely shows himself in public.

He can be found in the Future.

The king of Sitnalta. After being introduced to cookies, he changed significantly and has now developed an obsession with the treat.

The king's younger brother. Though he despises the king for his obsession with cookies, Pedoe is similarly obsessed with bears and has had numerous wives and children.

One of Pedoe's many wives. Unlike her husband, Memme is a reasonable, mature woman who cares deeply for her son. She also happens to be a witch, with a pet cobra.

She can be found in the Middle Ages.

Pedoe and Memme's son. Despite his status as a noble and as Pedoe's son, Ursin is mature and down-to-earth, like his mother.

Yuras and Ciera's surrogate father, and leader of Santo. He is a descendant of a lost civilization, whose glory he hopes to restore.

He can be found in the Ice Age.

Yuras's sister, and a sweet and gentle woman who possesses mysterious powers.

She can be found in the Ice Age.

Yuras's big brother, in all but actual blood. He died years before the start of Area-X, but appears in Memory of Ice.