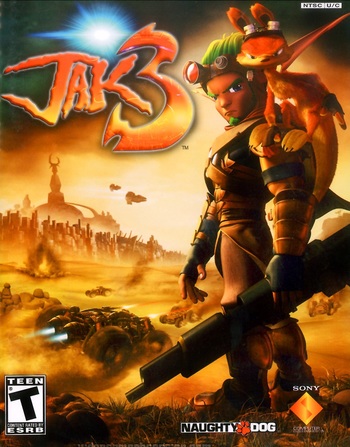 The epic legacy concludes...
"Oh yeah! The boys are back in town!"
— Daxter
Advertisement:

who wrote the Legacy of Kain series), the trilogy's storyline is wrapped up, giving our heroes a satisfying conclusion. Like the previous games, Jak 3 was universally well received and was a hit in sales.