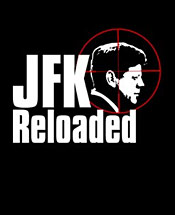 JFK: Reloaded is a controversial 2004 first-person shooter that challenges the player to recreate the assassination of John F. Kennedy, scoring on how closely the attempt matches the report of the Warren Commission. The opportunity to cause mass mayhem instead is just a bonus.