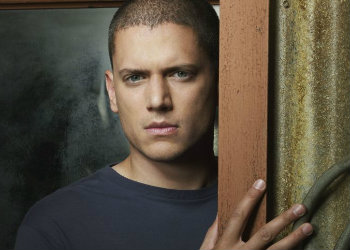 "If you think I'm gonna leave my brother behind, you have massively underestimated me."
Played By: Wentworth Miller
"Preparation will only take you so far. After that you got to take a few leaps of faith."

The younger brother of Lincoln Burrows and a successful structural engineer. When Lincoln is sentenced to death, Michael purposefully gets himself thrown in prison so he can carry out an elaborate break-out plan. After the break-out, Michael and Lincoln are tracked by the Company and try to expose the truth behind the conspiracy. 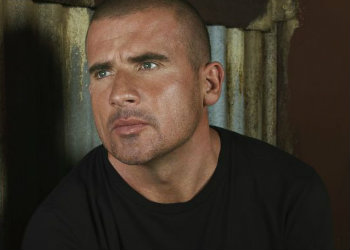 "The innocent people in your life, you have to keep them innocent. If that means walking away from them, that's what you gotta do."
Played By: Dominic Purcell
"I've never given a damn about what people thought of me. Never. Last couple of days - got to admit, you know... Lee Harvey Oswald, John Wilkes Booth... Lincoln Burrows. I'm going to go down in history with these freaks. [pauses] Bitch of it all is - I didn't do it."

The older brother of Michael Scofield, Lincoln is a small-time thug who is wrongfully sentenced to death for the murder of the Vice President's brother. Michael breaks him out of prison, and from then on they work to expose the truth behind the conspiracy. 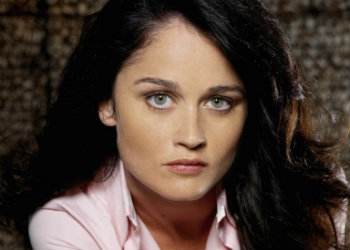 "You two have the most dysfunctional idea of love I've ever seen. What, he beats you up to keep you off the streets, so you get yourself thrown into Fox River with him? To what... save him?"
Played By: Robin Tunney
"This is desperation, Michael. You're grabbing at straws. You're in denial."

A successful attorney and Lincoln's ex-girlfriend. She works to uncover the conspiracy surrounding Lincoln's imprisonment. 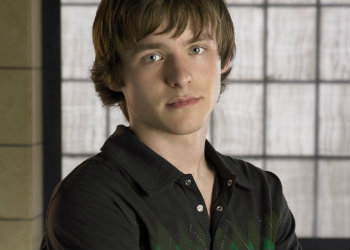 "You think I give a damn about justice? I just want to do to them what they did to me."
Played By: Marshall Allman
Gretchen: "What's so funny?"
LJ: "You, thinking you can outsmart my uncle."

The son of Lincoln Burrows and Lisa Rix. He has a difficult relationship with his parents, but comes to realize the truth after being attacked by company agents. 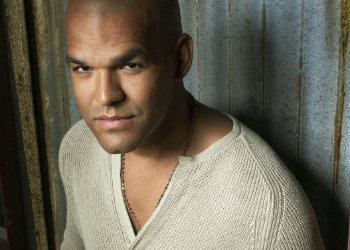 "Welcome to Prisneyland, Fish."
Played By: Amaury Nolasco
"Didn't Fox River teach you anything man? 'Cause the same rules apply out here. It doesn't make a difference if you're guilty or innocent. It's who survives."

A petty thief and Michael's cellmate. Sucre is deeply devoted to his girlfriend Maricruz Delgado, and eventually joins the break-out crew so he can be with her. 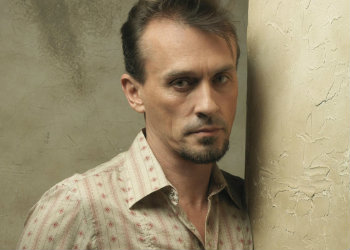 "Don't be frightened. Teddy's home."
Played By: Robert Knepper
"I am not the animal you think you see before you. I am the laws of karma all come down wrong." 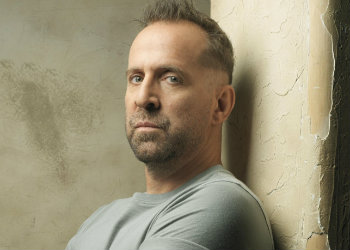 "Does not a warm handshake feel better than a cold... shank?"
Played By: Peter Stormare
"I kneel only to God. I don't see him here."

An infamous mobster who Michael needs to fund parts of the escape. He becomes something of a co-leader of the break-out team with Michael, but begins to lose the mob connections that made him valuable. 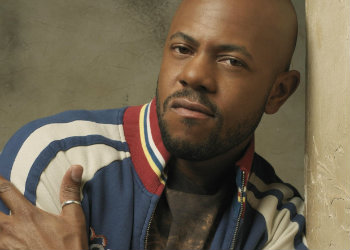 "I served my country and my country served me up."
Played By: Rockmund Dunbar
"What's up, snowflake?"

An expert smuggler and ex-serviceman who joins the break-out team in hopes of seeing his family again. 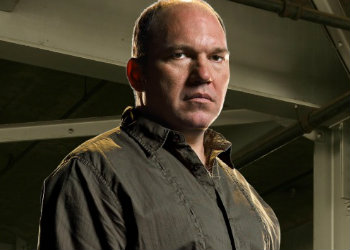 "There isn’t any flying under my radar."
Played By: Wade Williams
"You're in the old man's back pocket, are you? I got news for you fish, he may run this place during the day, but I run it during the night."

The corrupt captain of the Fox River correctional officers. After the break-out, he's fired from his position but stays on Michael's trail. 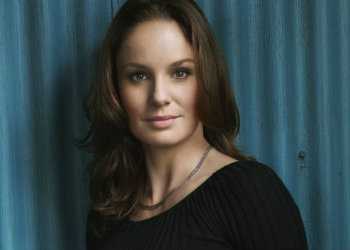 "I believe in being part of the solution, not the problem."
Played By: Sarah Wayne Callies
"Michael Scofield, are you asking me to sail off into the sunset with you?"

The disgraced daughter of the governor Frank Tancredi and a doctor at Fox River. She quickly develops a connection with Michael, and ends up joining him in exposing the Company. 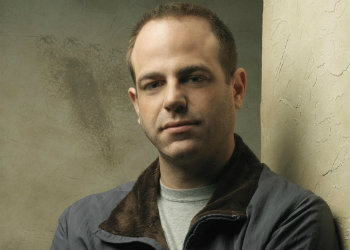 "I am going to do something, I have to do something, that a lot of people are going to think is horrible."
Played By: Paul Adelstein
"Certain number of bodies you can sweep under the rug. President's rug is getting so full you can barely stand on it."

A Secret Service agent acting as the brutal right hand of Vice President Reynolds. Their friendship begins to fade as she climbs the political ladder, leading him to become increasingly conflicted. 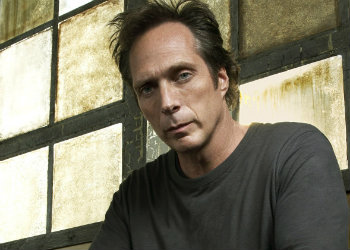 "I don't want either of you. I JUST WANT MY LIFE BACK!"
Played By: William Fichtner
"There's one big difference between you and I, Michael. You just proved it. You can't kill. And that's what it's going to take to stop me because I don't have the same reservations. I can't. So whether it's today in Gila, or tomorrow in Albuquerque, or two months from now in Panama... I will get you. I don't have a choice." 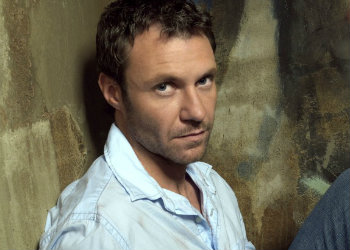 "Prior to this experience, I had the utmost respect for the law."
Played By: Chris Vance
"I assume we're doing more than just playing electrician?"

A 'fisherman' imprisoned in SONA. The Company wants him freed and alive for unknown purposes, so Gretchen forces the brothers to do the work for her. 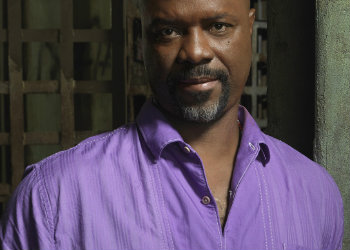 "Without rules we are nothing but savages."
Played By: Robert Wisdom
"I'd be glad to see you go down, Superstar."

The hot-tempered 'king' of SONA who sees Michael as a threat.

Gretchen Morgan AKA Susan B. Anthony 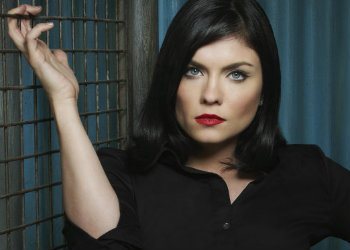 "You push anything into a corner too far and the claws will come out."
Played By: Jodi Lyn O'Keefe
"I'm just a soldier in this war, Lincoln, just like you."

A ruthless company agent blackmailing Lincoln and Michael to break James Whistler out of SONA. After numerous failures, the Company tries to have her killed only for her to escape and begin working against them. 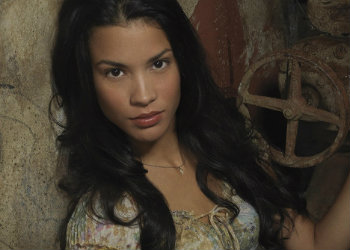 "This is why my friends don't visit Panama. You cops bother everyone!"
Played By: Danay Garcia

The innocent and devoted girlfriend of James Whistler who slowly finds out the truth behind his deception. 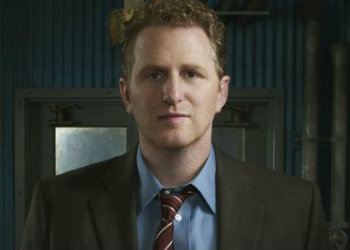 A Homeland Security agent, Self puts together the 'Scylla' team in an attempt to bring down the Company.