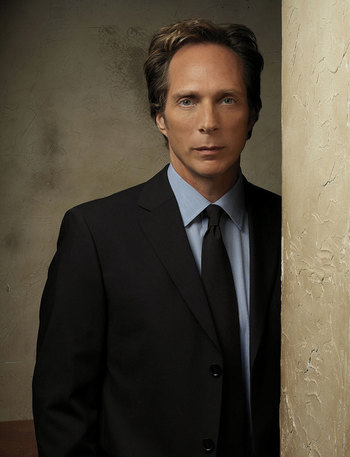 William Edward Fichtner (born November 27, 1956 in Mitchel Air Force Base, New York) is an American character actor known for distinct aura he projects. He crops up in pretty much everything, often playing authority figures or villains, and is highly-regarded within the film and TV industry at being able to make a significant impact out of even the briefest of roles.

Primarily seen in supporting roles and bit parts, Fichtner is in constant demand because he is almost robotic in his consistency and can nail take after take with absolute precision.