Characters / Oggy and the Cockroaches

This is the list of Oggy and the Cockroaches characters. There are some minor spoilers ahead and if you care, read with caution. 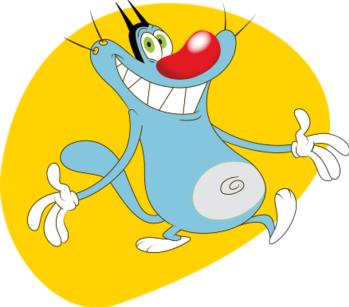 The titular protagonist, he is a diplomatic, sometimes lazy and an easy-natured cat who is the constant victim of the Cockroaches. He spends his time chasing and catching the cockroaches, but somehow developed a love/hate relationship with them.
Jack 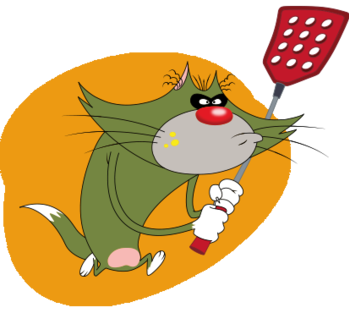 Oggy's cousin, who is sometimes around Oggy to help him take care of the troublesome cockroaches with his inventions.

Tropes applying to all
The trio of cockroaches who live in Oggy's house and usually are the main cause of Oggy's misfortunes and the titular villain protagonists of the series.
Joey 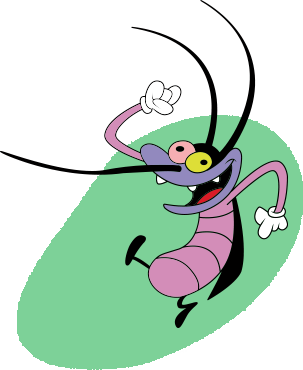 A pink-bodied, purple-headed roach with a pink right eye and a yellow left eye, Joey is the self-proclaimed leader of the roaches. Even though he's the smallest roach in the gang, most of the time he's the brains behind the operations. 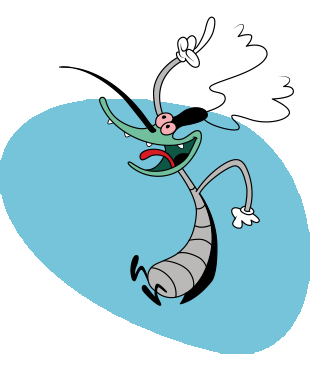 Marky is a suave, heartbreaking, grey-bodied, green-headed roach with pink eyes, often not really caring about what the two others are doing. His hobby is dating girls—even puppets—and reading books.
Dee Dee 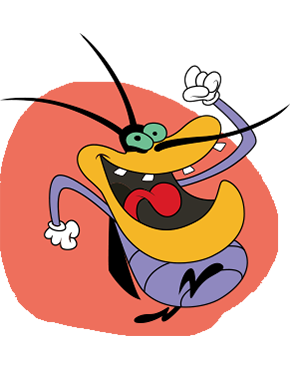 Dee Dee is an ever-hungry, devour-it-all, purple-bodied, orange-headed roach with green eyes. His appetite sometimes reaches insane regions, often resulting in the consumption of larger animals or other things. 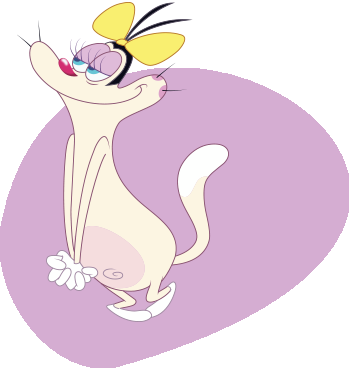 Oggy's other next-door neighbor, and love interest. She later became his wife in the season 4 finale.
Bob

Oggy's next-door neighbor, frequently caught in the crossfire when Oggy's antics get out of control.