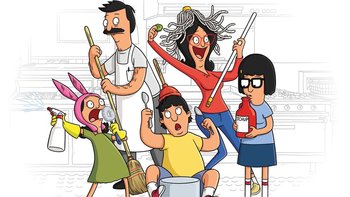 A somewhat idiosyncratic but lovable family who run the titular, family restaurant. 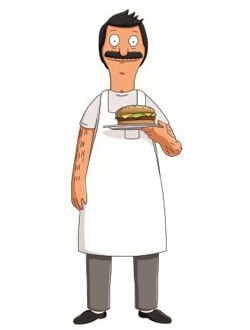 "Listen, you're my children and I love you, but you're all terrible at what you do here and I feel like I should tell you. I'd fire all of you if I could."
Voiced by: H. Jon Benjamin 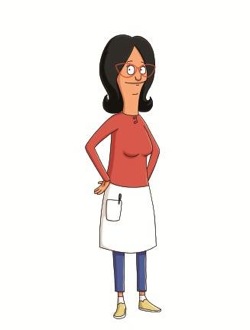 "Mommy doesn't get drunk. She just has fun."
Voiced by: John Roberts 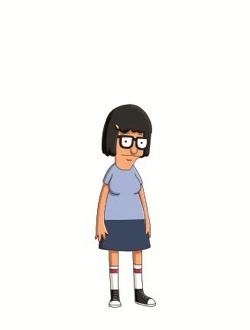 "I'm no hero. I put my bra on one boob at a time, just like everyone else."
Voiced by: Dan Mintz 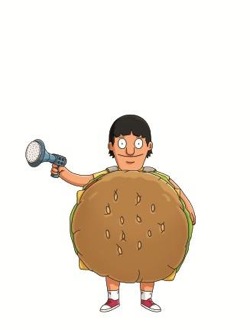 "A fart is like a fingerprint, and we have the same fingerprints."
Voiced by: Eugene Mirman

The 11-year-old middle child and their only son. 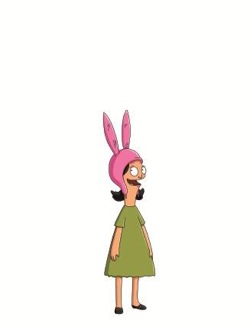 "I smell fear on you."
Voiced by: Kristen Schaal 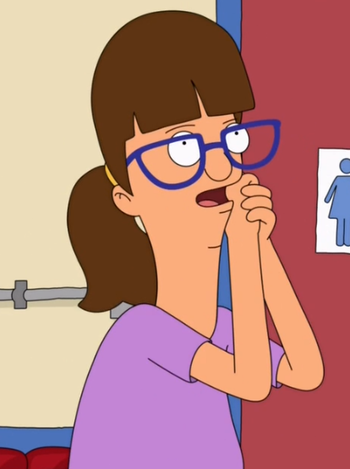 "Guess who's on new meds!"
Voiced by: Megan Mullally

Linda's neurotic sister. Gayle is a Crazy Cat Lady who is often jealous of her older sister's stable lifestyle. 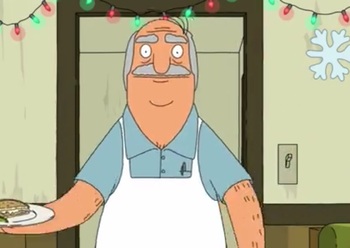 " Listen, I know why you had to go. I can be...not great to work with. It was tough without your mom around. You did great on your own, you should be very proud."
Voiced by: H. Jon Benjamin ("Bob Fires the Kids" only), Bill Hader

Bob's father, and the owner of Big Bob's Diner. 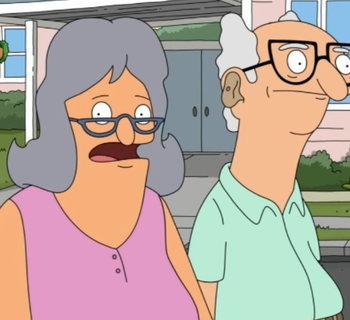