Principal Spoors
The unseen principal of Wagstaff who the staff doesn't want to anger.

The school guidance counselor. Louise really doesn't like him.

Another teacher at Wagstaff, appears to be the teacher for Tina, Jimmy Jr, Jocelyn, Zeke and Tammy. Probably one of the few genuinely normal teachers the school has.

One of the teachers in Wagstaff. She's generally cranky and tough to everyone. 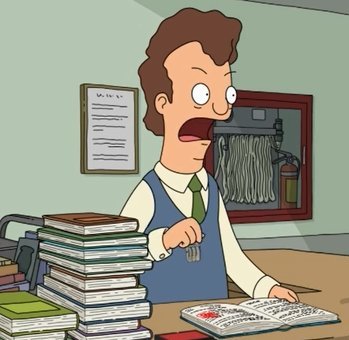 The librarian and cheerleading coach at Wagstaff Junior High.

The janitor for Wagstaff.

A boy who seems to be the most popular kid at Wagstaff, liked by everyone.

"Don't tell me not to dance, Dad!"
Voiced by: H. Jon Benjamin

Jimmy Pesto's oldest son, referred to as Jimmy Jr. and Tina's crush, first appearing in the season 1 episode "Sheesh! Cab Bob?" Since then he has appeared in several episodes and is often seen at the kids' school. 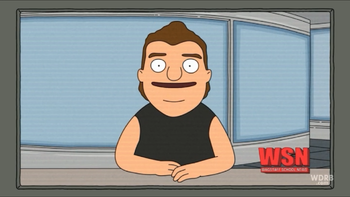 “What are we waiting for? That factory's got windows and I got a passion for smashin'! Heeyah!”
Voiced by: Bobby Tisdale

Jimmy Jr's friend and one of the Belchers' schoolmates. He likes to wrestle and is seen as gross by Tina. Initially it seemed like he might become a rival or antagonist to the kids but he has evolved into a companion in their hijinks when a fourth is needed. In those situations, he often serves as the muscle. 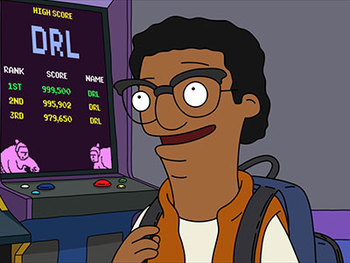 "I'm not a nerd. I'm a video game enthusiast."
Voiced by: Aziz Ansari

One of the kids' classmates. He first appears helping Bob get better at the video game "Burgerboss" in exchange for Bob protecting him from bullies. He later works with the kids on a number of their schemes. 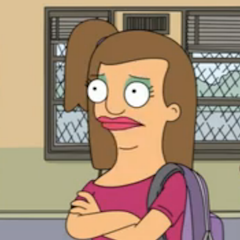 "Don't be such a boob punch."
Voiced by: Jenny Slate

A former friend of Tina's and the resident bad girl of the kid's school. 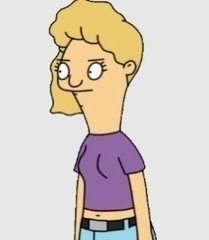 "I need to start think for myself. Unless you guys don't think that's cool, then I won't."
Voiced by: John Roberts

A recurring classmate of Tina and Tammy. 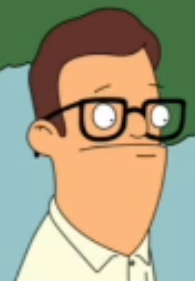 "It's not sad, it's medical."
Voiced by: Jim Gaffigan

Quite possibly the only student at Wagstaff Elementary who is even dorkier than Tina.

A very intelligent girl with a talent for science that gets partnered with Tina.

Courtney: "We used to date." Gene: "But now, we just collaborate."
Voiced by: David Wain

A girl in Gene's grade who like likes him. To spare her feelings, Gene agrees to go out with her, to all three kids' — and Bob's once he meets her — annoyance. She has a heart condition that requires medication every day. 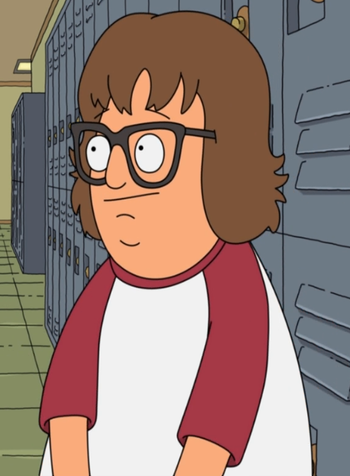 "I tried to run here to meet you, but it turns out I run slower than I walk, which was, um, was a letdown, I'll be honest."
Voiced by: Thomas Middleditch

A chubby kid with parents worried about his health that befriends Gene over their shared love for food and distaste for P.E. classes. 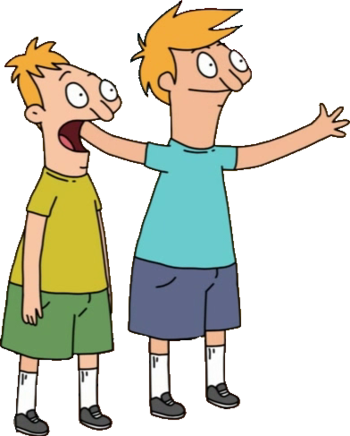 Jimmy Pesto's younger twin sons, who are overly-attached to each other. 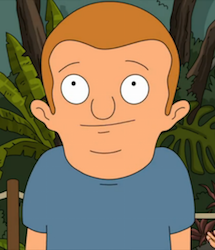 A sweet, dorky boy who goes to school with Louise, frequently in trouble due to his awkward combination of thrill-seeking tendencies and severe asthma. He originally appeared as Louise's field trip buddy in "Carpe Museum" and sneaked into a closed rainforest exhibit with her. 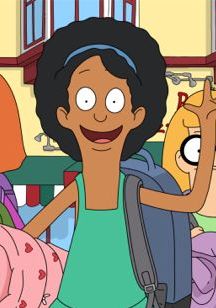 "Woah, look at this fluffy boa snake! I'm glad it's not a real snake. Could you image it? It's fake, it's a boa!"
Voiced by: Katie Crown

Student at Wagstaff, Schoolmate of Louise and member of Thundergirl troop 119. Attended Louise's ill-fated sleepover in "Slumber Party" and was a possible suspect for the mole in Troop 119 in "Tina, Taylor, Soldier, Spy" 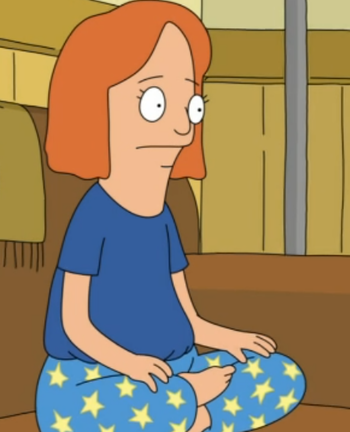 A classmate of Louise's that appears for her sleepover. She's considered painfully boring by everyone, but she turns out to be much more than what first seem.

A Karate-obsessed boy who skipped a grade and is now in Louise’s class. He helps the Belchers clean up Zeke's mess in "Yes Without My Zeke."