A boy that Tina searches for in Lindapendent Woman. She met him behind the milk fridge. Not being able to see his face, the only way to recognize him is by a turtle bite on his index finger that was covered by a bandage. In the end he meets Tina face to face, kisses her, and receives Tina's phone number. Like Jimmy, he's also a dancer, focusing on ballet.

Sasha
Voiced by: Jon Daly
A preppy boy from King's Head Island who is often at odds with the Belcher Kids.
Duncan 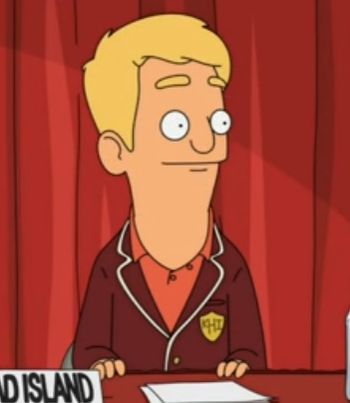 Voiced by: Rhys Darby
A New Zealand exchange student on whom Tina has a recurring crush. 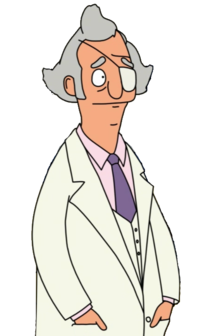 The richest man in town, and landlord to about half its population (including both Bob and Jimmy).

A indie filmmaker and "trust-fund baby" who was introduced trying to protest meat-eating outside Bob's Restaurant. His later appearances have him as less antagonistic, but he still doesn't get along very well with Bob. 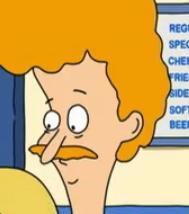 Hugo's partner and only friend. 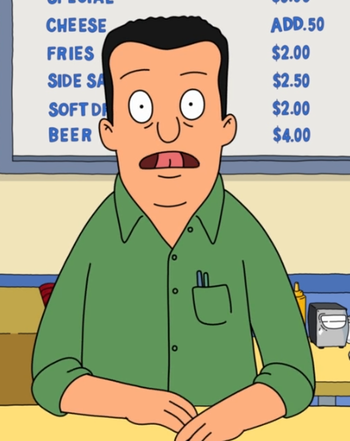 Voiced by: David Herman
A bartender who works for Jimmy Pesto and his right-hand man.
Jairo 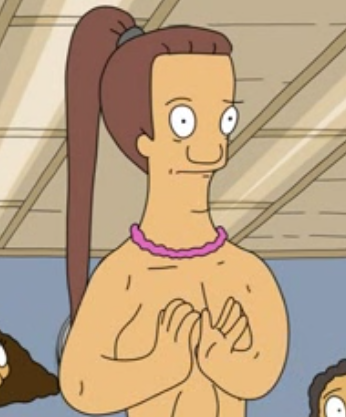 Voiced by: Jon Glaser
"It's. Not. Like. Jazzerxecise."
A sexy capoeira instructor for whom Tina gets a crush.
Jen 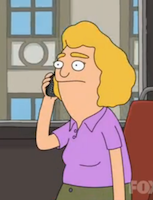 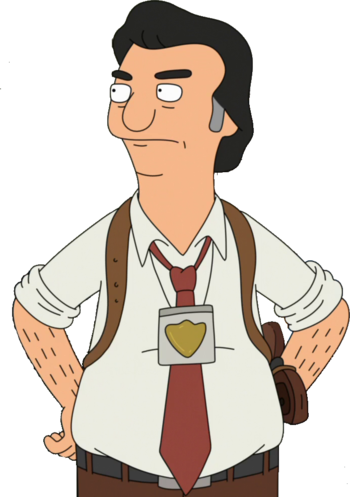 A police sergeant who has interacted with the Belchers on occasion.

A local man who, as the name indicates, is usually seen parading around in a speedo. 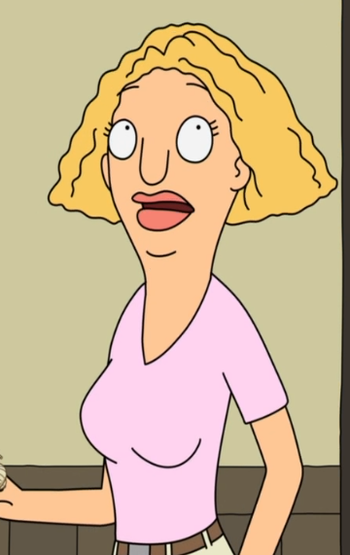 A rich widow for whom Ted falls in love when he is asked to do some work in her house.

Boyz 4 Now
A boy band made of 4 boys that Tina is crazy for. Louise secretly has a crush on the young boy of the band, Boo Boo.