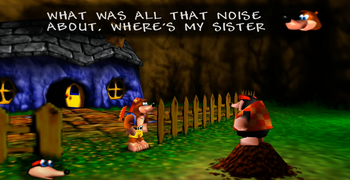 How the hell should I know?
Advertisement: