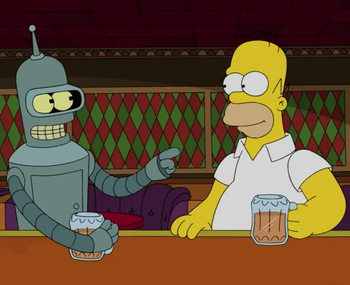 Drinking brings the most awesome of characters together.
Advertisement:

Let's admit it, there are few things us nerds like more than a cartoon crossover!