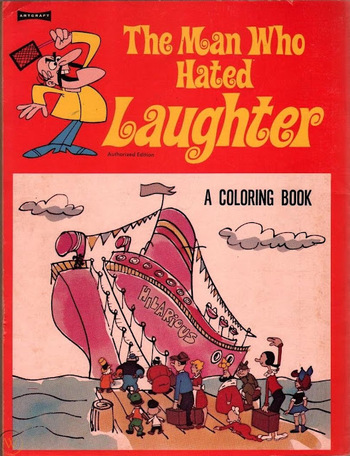 The Man Who Hated Laughter was a 1972 animated television special featuring characters from all the Newspaper Comics then owned by King Features Syndicate. The lead characters of all the funny comics are kidnapped by the eponymous villain, and the heroes of the adventure comics set out to rescue them, but fail, and it is up to the funny characters to save the day by showing the villain that everybody needs laughter.

This animated special provides examples of: