Characters / The Rising of the Shield Hero - Allies

The various allies Naofumi gains over the story. 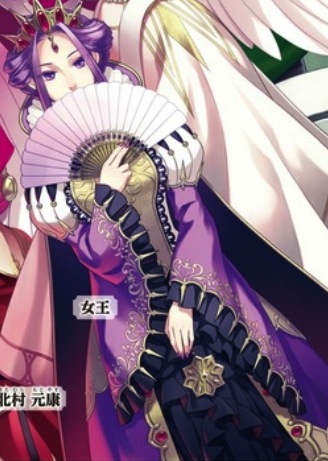 The Queen of the Melromarc Kingdom. She is the true power behind the crown but does not appear until much later due to having to deal with the repercussions of the King summoning the heroes without the other countries' consent. 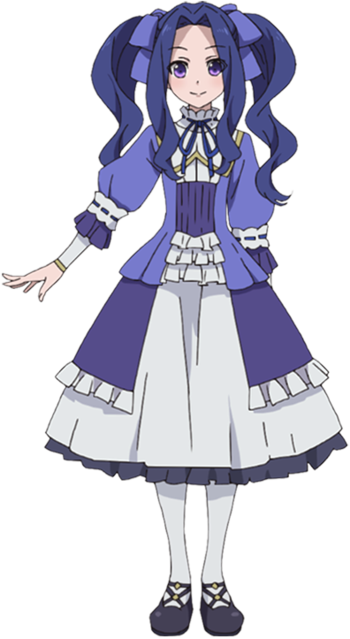 The second princess of the Melromarc Kingdom. She was raised separately by her mother Mirelia, away from the influence of AultClay and her sister Malty. As such, she's much kinder and more fit to rule. 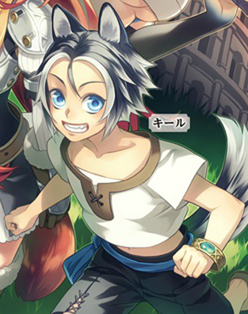 Totally not a boy.

A dog type Demi-Human. In the web novel, she is one of the first of Naofumi's new slave purchases for the village. In the light novel, however, she's found in the basement of Raphtalia's previous owner. Both Kiel and Raphtalia knew each other from when they were both younger since the village they were both from was destroyed. 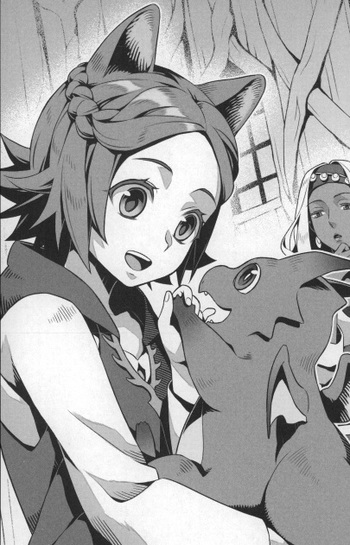 One of the first slaves that Naofumi purchased in bulk. Like Kiel, she is often rebellious but she has a soft spot for the various monsters that inhabit Naofumi's village and takes it upon herself to look after them and manage them. 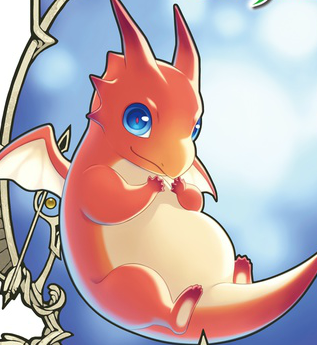 A young dragon hatched from an egg collected by Naofumi's villagers and largely raised by Taniko. He is affectionate of Taniko and Naofumi but has a rivalry with Filo. After consuming the core of the first Gaelion, he now has the minds of both the hatchling dragon and the adult Gaelion.

A female mole Beastman who was sold to Naofumi by the Slave Trader. She is currently training to become a craftsman and a tailor. 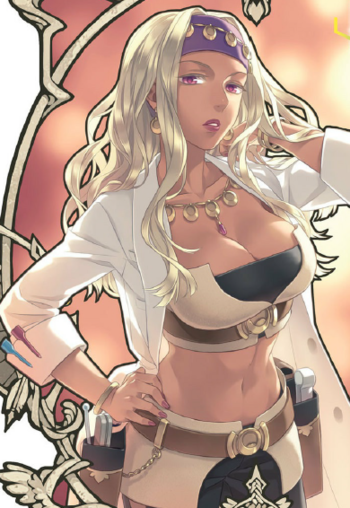 Originally from the Kingdom of Faubley, Ratotil comes to the village in the hopes of continuing her research on the various creature monsters that inhabit the world. 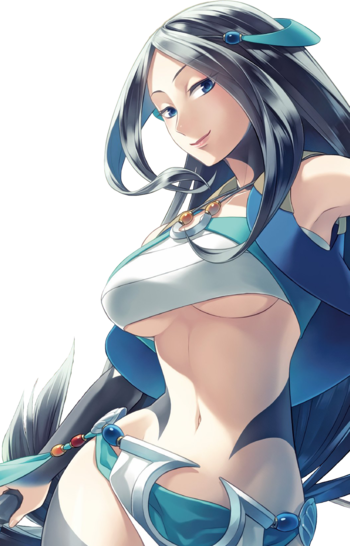 A large, Orca type Demi-human. She was also at the village along with Kiel and Raphtalia. She was bought in a different country altogether. She is also one of the older, more mature slaves that Naofumi has. She also likes to drink.

A blacksmith who owns a conspicuous shop in Castle Town of Melromarc. After Naofumi was betrayed, he was the only person who helped him and later came to believe in his innocence. As a result, Naofumi usually comes to him when he needs any type of equipment.

A rookie knight that supported Naofumi early on. 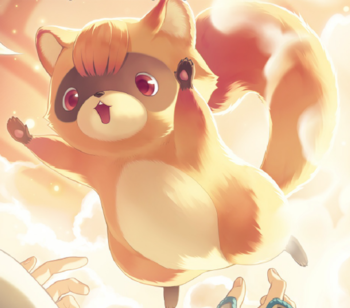 Naofumi's shikigami (familiar) made from a lock of Raphtalia's hair. She is small, fuzzy and adorable, and is said to look like a cross between a red panda, a raccoon, and a tanuki.

A retired adventurer and last practitioner of the Hengen Musou style of combat. When Naofumi administered a life-saving medicine purchased by her grandson, she regained her lost strength and came to view him as her benefactor and agrees to teach her art to his followers.

A slave trader who deals in the back alley of Melromarc's capital. He sold Raphtalia and a random egg that hatched Filo to Naofumi.

A member of a wealthy family who happened to have close relations with Queen Mirelia and Lord Seaetto. He is respected by the Demi-humans of his region. 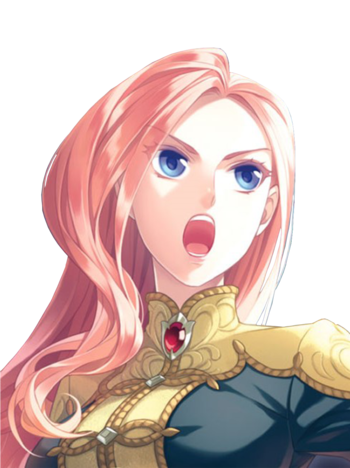 A knight of Melromarc kingdom and daughter of a lord who died during the first Wave. Imprisoned by the King for speaking against the enslavement of demi-humans displaced by the same Wave, she was eventually freed by Mirelia and became a reliable ally of Naofumi.

Syne Lokk
The sewing vassal hero from a fallen world.