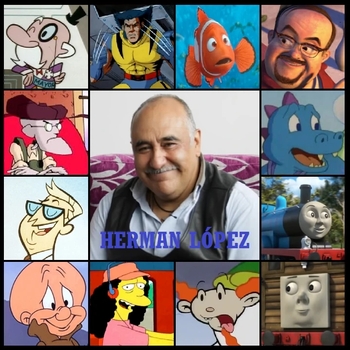 Herman alongside several of his roles.
Advertisement:

Herman López Ramírez (born 1961 in Mexico City and died December 19th, 2021) was a Mexican actor, voice actor and voice director, known for a voice that fit from a quirky mayor, to a worrisome fish dad, to a grumpy old man living in the middle of nowhere.

He passed away after his hospitalization due to an infection resulting from complications during a spine surgery.