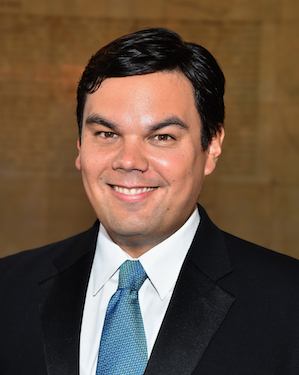 "I want the musical to show people the depths of human lows, and then to lift them back up in a really true way, past where they would normally go."
—Robert Lopez, The Book of Mormon: The Testament of a Broadway Musical
Advertisement:

Robert Lopez (born February 23, 1975) is a rather versatile and witty songwriter, who rose into prominence during the early 21st century. With help from such collaborators as BMI Workshop classmate Jeffrey Marx, South Park creators Trey Parker and Matt Stone, and Bobby's wife Kristen Anderson-Lopez, he has found success writing for both the stage and the screen, which helped him become the first person to achieve The EGOT multiple times.