Characters / The Rising of the Shield Hero - Three Heroes

The other three heroes of the story, along with their personal allies.

The Sword, Spear and Bow Heroes

Ren Amaki/Hero of the Sword

A 16-year-old high school student summoned to be the Hero of the Sword. Due to preferring solo play in MMOs he is poor at teamwork and his party suffers from poor leadership. He tends to act without thinking things through but is quick to accept and try to atone for his mistakes. During the Spirit Tortoise incident, his party is killed and later becomes the first Hero to align with Naofumi.

Motoyasu Kitamura/Hero of the Spear 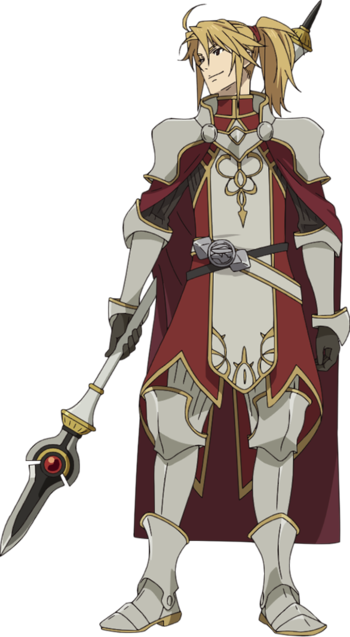 A 21-year-old University Student summoned to be the Hero of the Spear. He is extremely popular with women and views it as his duty to protect them and show off his cool side. As he immediately believes anything Malty tells him, he's often put in conflict with Naofumi. After the Spirit Tortoise incident, his party abandons him and Motoyasu becomes the second Hero to align with Naofumi.

Tropes that apply in The Reprise of the Spear Hero

After Motoyasu gets killed in the timeline of the main story, his death unlocks a new skill for his spear called "Temporal Reversion". He gets sent him back to the day he and the other heroes were summoned. Wanting to atone for his behavior at the start of the story, Motoyasu prevents Naofumi from being framed by Malty and sets on a journey to Siltvelt where Naofumi will be treated like a god.
Itsuki Kawasumi/Hero of the Bow 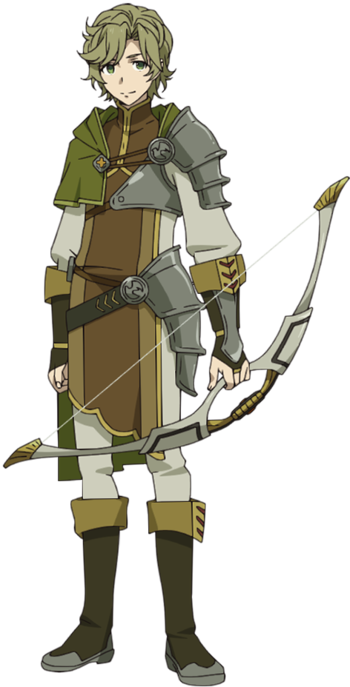 A 17-year-old high school student summoned to be the Hero of the Bow. He wants to appear as the "humble hero" who appears when others are in danger to protect them and then disappears, but only so he can receive praise.

A member of Itsuki's adventuring party, and the de facto second in command.

One of Motoyasu's female followers. She eventually leaves him and returns to her family's mercantile business.

Another of Motoyasu's female followers. Malty disliked her and decided to sell her as a slave. She later joined the queen's spy unit.

A noble woman and a member of the Spear Hero's party. She was Malty's accomplice in many of her crimes.