Literature / The Cat Who Went to Heaven 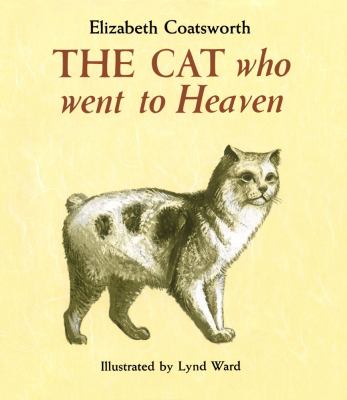 The Cat Who Went to Heaven is a novel written in 1930 by Elizabeth Coatsworth, based on Buddhist folk tales.

One day a small calico cat is adopted into the house of a painter. The painter is asked to paint a mural depicting all of Buddha's animals. According to classical Buddhist legend, the cat rejected Buddha and wasn't to be included in Buddha's animals. The painter has learned to love his cat, so includes a small calico cat in the painting. He can't imagine that a cat wouldn't be accepted into heaven. The little cat dies of happiness at the same time. A day later, by some mysterious force, the painting of Buddha now has him personally blessing the cat.

Highly symbolic in nature, this book is also liked for portaying Buddhism and Buddhist culture in an accessible and unbiased way.

Tropes used by the book: