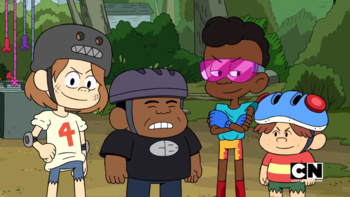 Four kids who ride their bikes and do stunts on dirt ramps in the Creek.

The Alliance of Science 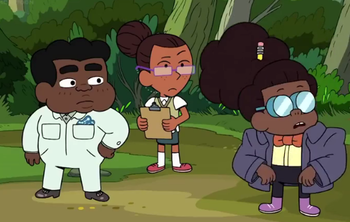 Three nerdy kids who like to research and study things in the Creek. 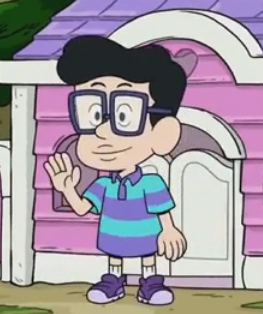 A friendly caregiver who watches over the younger siblings of the kids who come to the Creek. 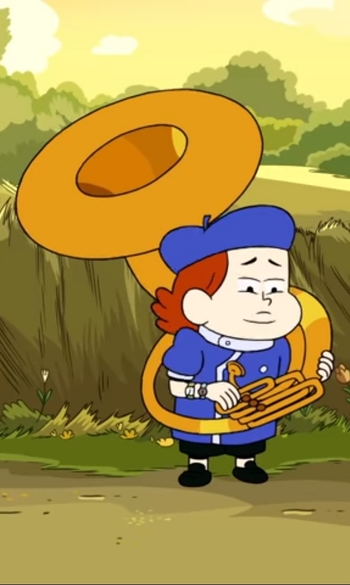 A girl who plays a sousaphone to announce when it's time to go home for dinner. 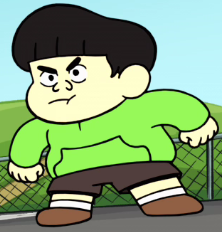 A clumsy boy who loves candy.

Elders of the Creek

The Elders of the Creek, Mark, Barry, and David, are three teenagers who have been in the creek the longest. 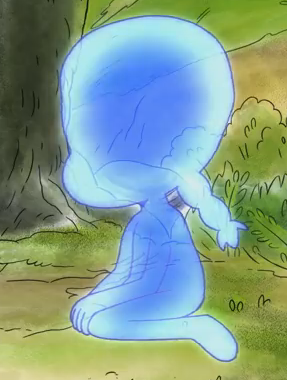 A homeschooled girl who spends her time all alone in the Creek while the rest of the kids are at school.

A boy who inhabits the Junkpile, and considers all the junk to be his.

A girl who runs the Trading Tree at the creek. 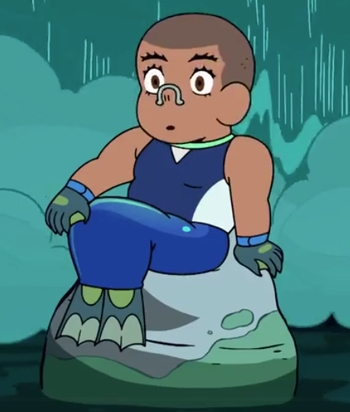 A water dwelling child that resides in the waters past the Rapids of the Creek.

A group of kids that love to play in the mud.

Three manga loving dorks who hang out near a waterfall in a grove of cherry trees. 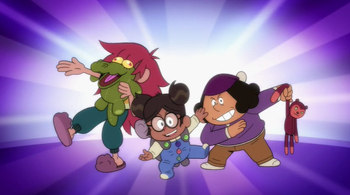 Three kids who come to the Creek to play with plushies and stuffed animals. 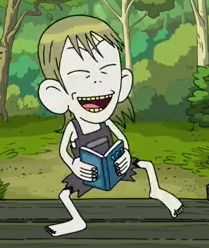 An albino boy who plays under a bridge, asking riddles to anyone who wants to cross. 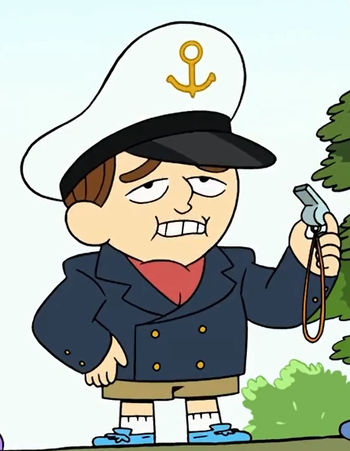 A fancy dressed kid who often spends his time at the Creek holding competitions. 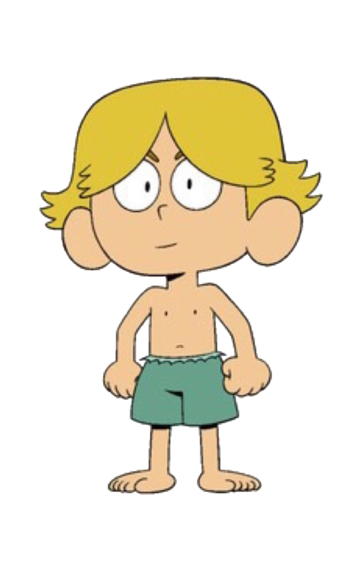 The Scratchless One
Voiced by: Evan Agos

A boy who likes to play in Poison Ivy Grove 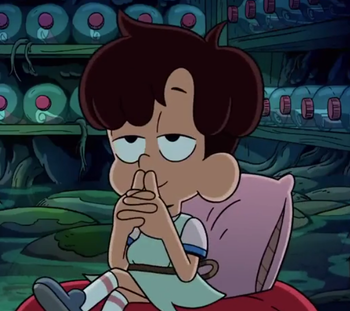 A kid who listens to everyone's secrets and keeps them in bottles.

The Sewer Queen and the Sewer Kids 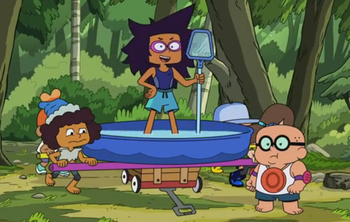 The Queen alongside her trusted court.
Sewer Queen voiced by: Karen Fukuhara 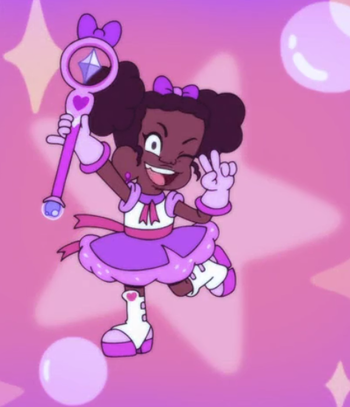 "Nobody can dull my sparkle!"
Voiced by: Kamali Minter

A magical girl with a bubble wand who is dedicated to bringing positivity to the world and defeating the "Anti-Sparkle".

A girl who spends her time at the library instead of the Creek. 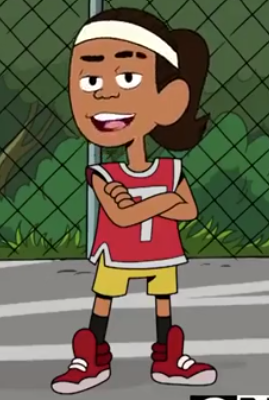 A very egotistical kid introduced as the reigning champ of Four Square.

A girl who fights to protect the wildlife of the Creek. 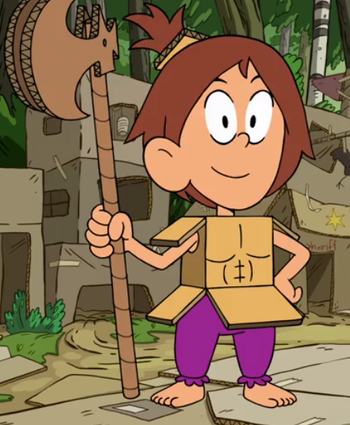 The guardian and leader of Cardboard City.