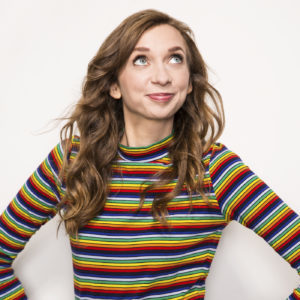 Dorthea Lauren Allegra Lapkus (born September 6, 1985 in Evanston, Illinois) is an American actress and comedian, best known for portraying Dee Dee in the NBC sitcom Are You There, Chelsea? and Susan Fischer in the Netflix original series Orange Is the New Black. In November 2014, she began hosting her own podcast, With Special Guest Lauren Lapkus.