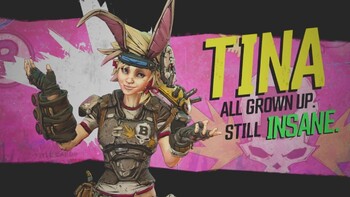 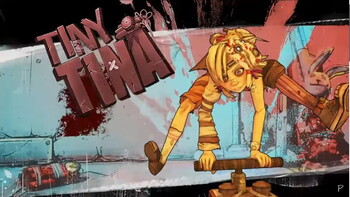 A thirteen-year-old demolitions specialist who is completely bonkers. Also a friend of the Crimson Raiders, and bears a deep grudge against both Handsome Jack and a particularly nasty bandit named Flesh-Stick. In 3, she's since gone on to join Brick and Mordecai in a mercenary squad known as the "B-Team". 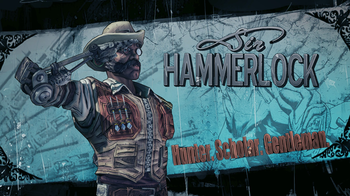 A Quintessential British Gentleman who is on Pandora to study the native fauna. Having lost his arm, leg, and desire to go into the field some time ago, he enlists the new Vault Hunters to help him conduct studies. 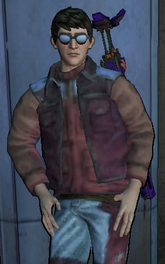 A Vault Hunter who can randomly be encountered in Sanctuary, usually around the shops or the Crimson Raider headquarters.

In General
Residents of the small town of Overlook, they are all confined to their homes due to suffering from a brain disease called the skull-shivers. The disease was brought on by Hyperion's mining operations, and the company has since taken over the town and terrorized the already suffering citizens.
Karima

The current mayor of Overlook.
Dave

The black sheep/village idiot of Overlook.

Captain Scarlett and Her Pirate's Booty 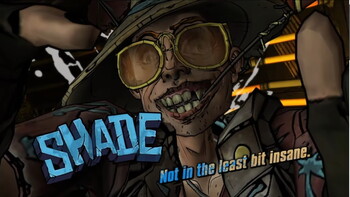 As of Tales from the Borderlands. Click to see him in Borderlands 2 (Captain Scarlett DLC) 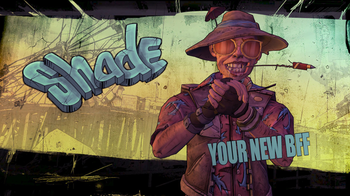 The (only) resident of the town of Oasis. He's really happy to see another living person who doesn't want him dead.

Will absolutely stab you in the back 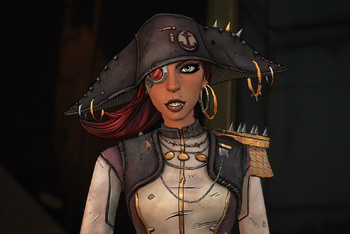 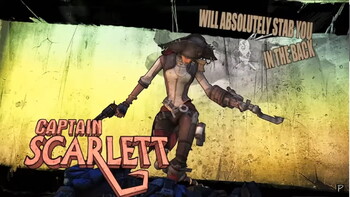 Your "ally" throughout the Captain Scarlett and Her Pirate's Booty DLC.

Totally the Brains of the Operation 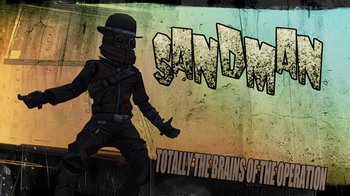 A midget pirate holding the second piece of Captain Blade's compass. Used to work with Scarlett, until she stabbed him in the back. Literally. The knife broke off and everything. She considers the whole event pretty embarrassing. 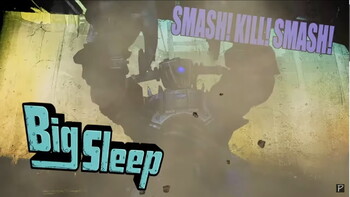 A brute under the command of Sandman. Fought alongside him in Hayter's Folly for the first piece of the Compass. 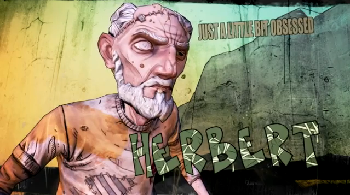 An old man enamored with Captain Scarlett in a most unhealthy way, and was, hence, kicked out of the crew. However, he's very knowledgeable about Captain Blade's treasure and knows where the fourth compass piece is.

Captain Blade
The most feared pirate in history, and the one who buried the treasure Captain Scarlett and the others are looking for.

Don't mess with number one 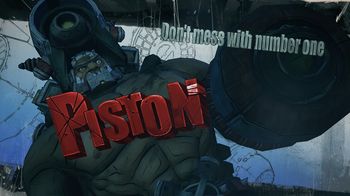 An extremely large and powerful fighter with huge pistons for hands and number one of Torgue's tournament.

Burn some rubber. And also flesh. 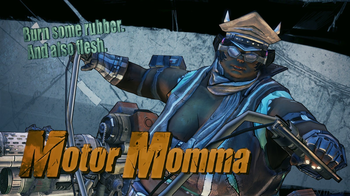 An obese cannibal biker with the voice of a sweet old lady. 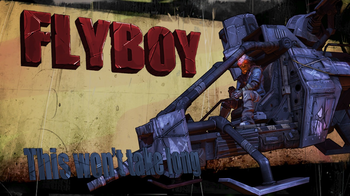 A just-turned-16-year-old Buzzard pilot who thinks he's the hottest thing since fire.

Dietmar von Henrichzimmerschneit
A Nature Documentary director who takes interest in the Vault Hunter to do his tasks while he provides commentary. Most of his tasks end up working towards his own personal amusement, all the while trying to sound "deep" and "philosophical" by asking just how and why things work in nature the way they do.

The Horrible Hunger of the Ravenous Wattle Gobbler 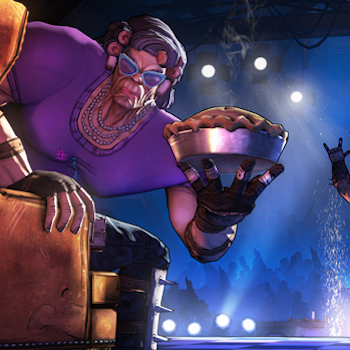 Mr. Torgue's grandma who's a fan of the Vault Hunters. 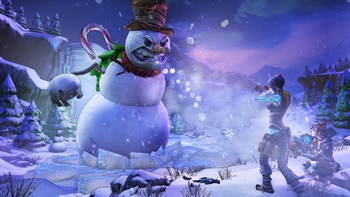 An evil snowman terrorizing the citizens of Gingerton.

Sir Hammerlock vs. The Son of Crawmerax

Victims of Vault Hunters
A group of assassins gathered by Sparky Flynt, son of Captain Flynt, who have a score to settle with each of the six Vault Hunters.