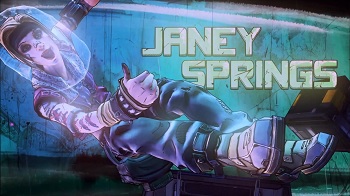 Click to see her in Tales from the Borderlands 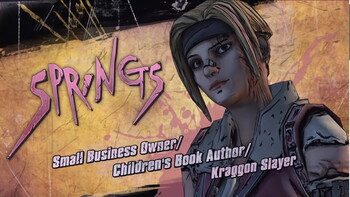 Voiced by: Catherine Moore
"Hello? Hello? Hello, thought you might be salvage."

A scrap bender who helps out the Vault Hunters. She has quite the crush on Athena.

She Mend You Good! 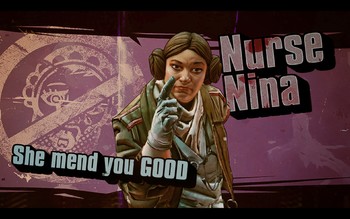 Dr. Zed's medical services don't quite extend to the moon of Elpis. So in his stead, the Vault Hunters rely on Nurse Nina, who will gladly heal them, but also mock them for getting hurt in the first place.

Mayor & Sheriff [It sounded better in his head] 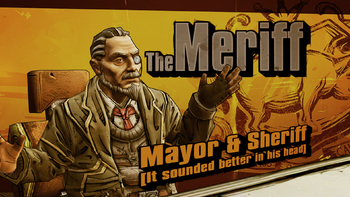 Voiced by: Richard Carter
"Jack, Jackie! Haha, you should have said you were in town! You shoulda said so!" 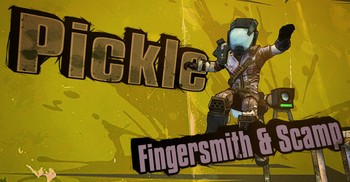 Voiced by: Candida Gubbins
"Corrrr! The fings they got over there look bang tidy!"

A young self-declared "Fingersmith" that Jack hired to help him retake Helios. 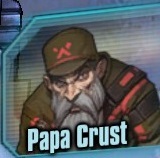 Voiced by: Anthony Phelan
Papa Crust: "The time is coming when this land will be blasted clean of warlords and petty kings and queens. The People's Liberation Army are storm clouds on the horizon."

Papa Crust is the leader of the People's Liberation Army, a vaguely anarchist communist organization opposing equally vaguely defined despots and corporate influences. For the revolution to start, they need lots of guns.

The Concordia Liberation Front
A group of teenagers fighting for the environment against corporations, tyrany, and mostly the People's Liberation Army. They are a young adult/teenager-run group whose beliefs are pretty stereotypical: Vegan, Gluten-Free, Pro-Environment, and Anti-Corporate. All Played for Laughs, as they are horrible at all of it.