Roland (AKA The Soldier; Commander of the Crimson Raiders) 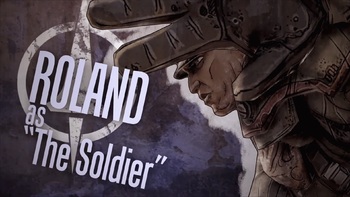 An ex-Crimson Lance soldier who quit after his corrupt superiors tried to frame and kill him. By the second game, he has reforged the remnants of the Lance and other survivors on Pandora into the Crimson Raiders, the anti-Hyperion resistance. He dated Lilith between games.

Mordecai (AKA The Hunter; w/ his BFF Bloodwing) 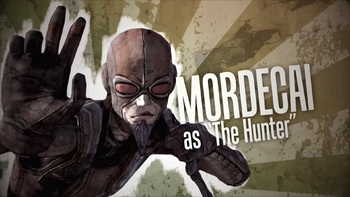 A sniper with an exotic alien bird for a pet, Mordecai is known for being friendly and helpful, even if he does prefer Bloodwing's companionship over other humans. In the sequel, he is the advance scout for the Crimson Raiders.

Lilith Cashlin (AKA The Siren; Firehawk) 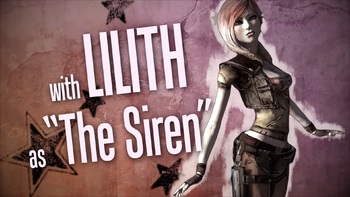 Full name Lilith Cashlin. A Siren, one of six women in the universe born with mysterious powers, she came to Pandora after hearing rumors there was another Siren on the planet. By the second game, her powers have been enhanced by Eridium, and she is waging a one-woman war against the bandits of the Tundra so that Roland and the Crimson Raiders can focus on Jack. She dated Roland between games.

Brick (AKA The Berserker; Slab King) 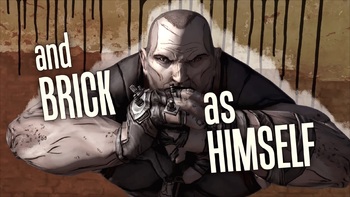 A simple-minded but deadly Vault Hunter who likes punching things. Eventually got thrown out of the Crimson Raiders for his overly violent approach to problems.