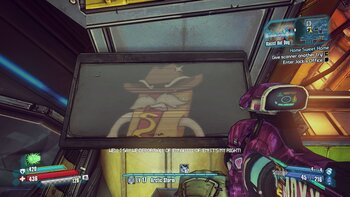 As you wait for a bloody door to open, we present to you an anthropomorphic hotdog spouting racist nonsense.
Advertisement:
open/close all folders