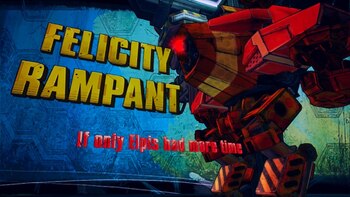 "I can hear myself dying..."
Advertisement: