Characters / Tales from the Borderlands

Con artist. Also you, too. 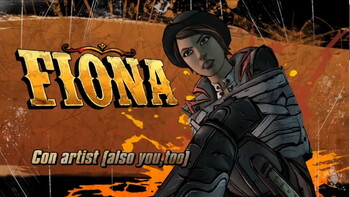 Born and raised in Pandora, Fiona ekes out a living with her sister Sasha as con artists under the tutelage of Felix. With any luck, their newest con involving a Vault Key might just make them several million bucks richer.

Your best friend (the Money Man) 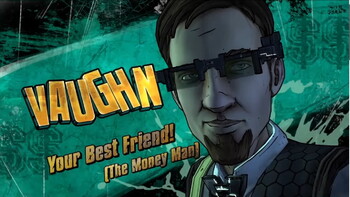 Rhys' loyal sidekick, Vaughn works at accounting. He accompanies Rhys on his adventure in Pandora. 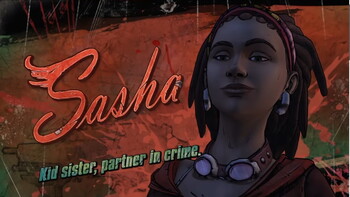 Fiona's little sister who works alongside her as a con artist.

Raised you (into a life of crime) ("The Inventor") 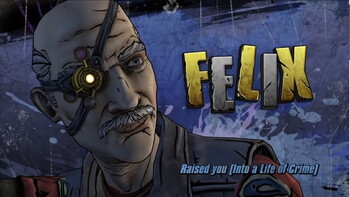 An old con man who raised Fiona and Sasha as his apprentices.

The guy with the Key ("The Brawler") 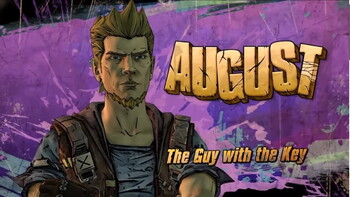 A criminal working with Fiona and Sasha to sell a Vault Key to Hyperion. August is a savvy and brutal criminal.