Ben's cousin and original sidekick. Despite being the same age of him, Gwen is a Child Prodigy surprisingly mature and smart for her age, mastering various classes as school and with some practice in martial arts. Her snarking, rational personality often clashed with Ben's, causing their relationship to be very explosive. Eventually, she calmed down as Ben matured and they ended up with a more affectionate relationship. Though she initially had no power of her own, Gwen happened to discover herself aptitudes for magic over the course of her adventures with Ben, eventually stealing a spellbook from Charmcaster and using it to improve herself. It was later revealed her magic skills came from her grandmother Verdona, who was a Mana-manipulating Energy Being from an alien species known as the Anodites. 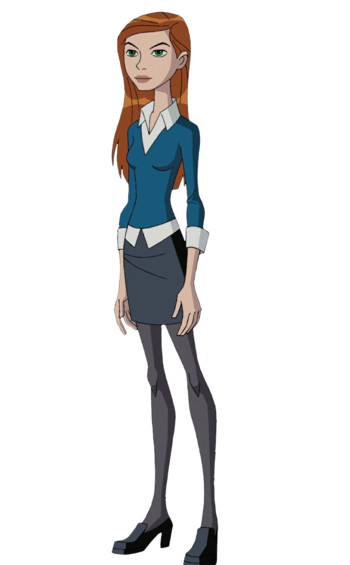 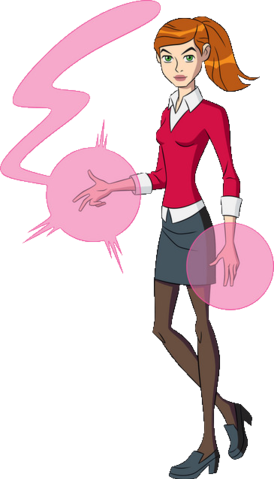 Kevin was originally a street troublemaker kid with the ability to absorb energy, who got regularly bullied and considered as a freak. Following a short-lived partnership with Ben he accidentally absorbed energy from the Omnitrix, causing him to mimic Ben's shapeshifting powers, but eventually lost control of them, causing him to end up trapped in the form of a grotesque, chaotic amalgam of Ben's ten original aliens. Blaming Ben for this, he went on a vendetta against him and dedicated himself to try to kill him, only to eventually end up trapped in the Null Void. Following the Time Skip between the original series and Alien Force, Kevin eventually recovered from his psychosis and mutation while in prison, and was able to go back to Earth where he starts working as a Con Man. Events led him to meet with Ben again and be forced to team up with him. Despite a harsh beginning, the two eventually reconcile, and Kevin becomes a valuable ally as well as Gwen's Love Interest.

For tropes relating to him as Kevin 11 in the original series, visit the Ben 10 Villains page. 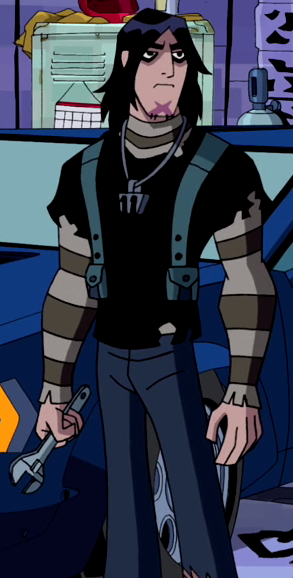 Ben's new partner in Ben 10: Omniverse. A Revonnahgander from Revonnah recently integrated in the Plumbers and sent by Max to team up with him after Kevin and Gwen had to leave Bellwood. A skilled, if inexperienced Plumber, Rook has been impressed by the legends around Ben's heroic accomplishments, and came to Earth partially to see if the boy lived up to the legend. Despite being an alien, he possess no special powers, instead relying on his skills, training, intelligence and a device called the Proto-tool that can transform into various weapons and equipment.

Ben's and Gwen's Grandfather, as well as probably the most badass human being in the whole Ben 10 Universe. A former member of a government organization known as the Plumbers, Max Tennyson serves to his grandkids as a Mentor and Reasonable Authority Figure.