The Legions of Hell
aka: Legions Of Hell 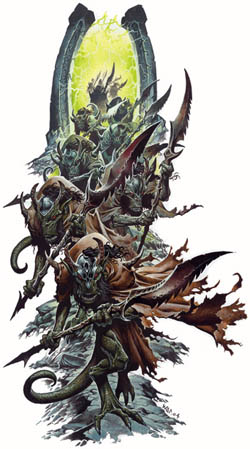 Hedonism-bot: To take over the Earth, we'd need a damned army!
Bender: Then a damned army we shall have!
— Futurama, "The Beast with a Billion Backs"
Advertisement:

If Satan Is Good expect these guys to be The Cavalry.

On the planet of Cadia, legions of daemons and traitors hailing from the Warp do battle with the human guard for control of the planet.

On the planet of Cadia, legions of daemons and traitors hailing from the Warp do battle with the human guard for control of the planet.