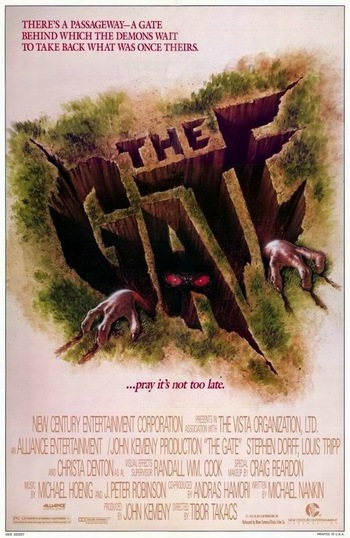 The Gate is a 1987 Canadian horror movie directed by Tibor Takács and starring Stephen Dorff.

Three children are left home alone for the weekend. Through a set of contrived circumstances, they open a gate to hell in the backyard.

Received a sequel in 1990, title Gate II: The Trespassers.