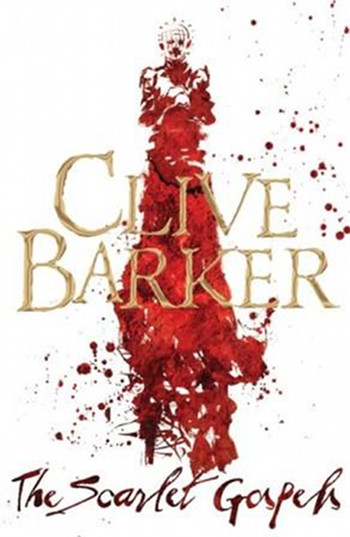 The gates to Hell are open...
Advertisement:

The Scarlet Gospels is a novel by Clive Barker. It is the long awaited sequel to The Hellbound Heart (the novella on which the first Hellraiser film was based), although the canon universe of the book is closer to that in the films. The book also features the character of Harry D'Amour, a deconstruction of the Hardboiled Detective archetype who has appeared in several other stories by Barker including the short story The Last Illusion (which was also adapted to film as Lord of Illusions), and the novels The Great and Secret Show and Everville.

The story centers on Pinhead and Harry, depicted as adversaries. A friend of Harry's is taken hostage by Pinhead, and Harry must track the Cenobite down into the lowest levels of Hell to affect a rescue. Roughly two thirds of the story will take place in Hell, leading to a confrontation between Pinhead and the very forces of Satan's kingdom themselves.