Servants of Leviathan, bringers of pain and pleasure, explorers of the outer reaches of experience. Pinhead never appears alone. When he is summoned, he is accompanied by a revolving door of likewise mutilated Cenobites. It appears that three usually go with him. Later films portray him as their leader, or at least the head Cenobite in charge.
In General
Advertisement:
Pinhead 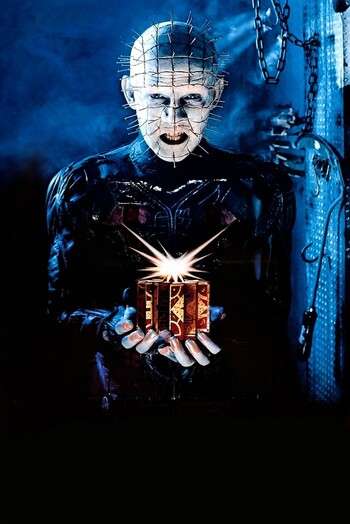 Main baddie of the series, a mysterious figure known as a Cenobite holding the rank of the Hell Priest. Pinhead is an extremely dry witted bringer of the ultimate pleasure, which just happens to take the form of horrific tortures. Formerly Captain Elliot Spencer of the British Expeditionary Force, his mind was shattered after participating in The Third Battle of Flanders (Battle of Passchendaele). Developing a severe case of PTSD and Survivor Guilt, Spencer buried his grief by seeking out increasingly depraved carnal pleasures. His dark journey would eventually lead him to the Lament Configuration, and his transformation into Pinhead. 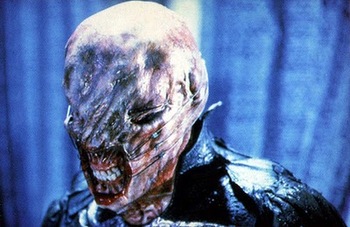 Pinhead's most constant Cenobite follower, and only one to appear more than twice. He appears as a tan figure, with the skin on his face stretched back by hooks. Obscuring his eyes, and leaving his gums and trademark chattering teeth exposed. 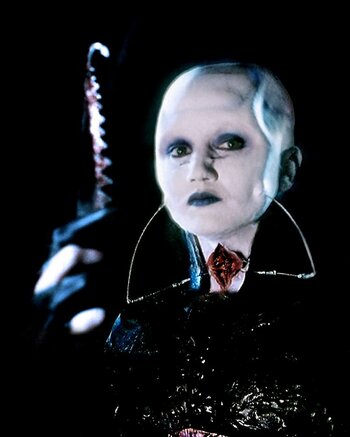 One of the original four Cenobites. A raspy voiced female, with wires peeling back the skin around her throat. 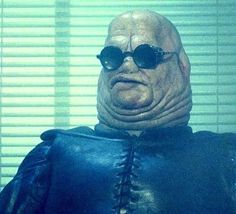 Last of the original four Cenobites. A grotesquely fat and mostly silent Cenobite, with a pair of sunglasses. 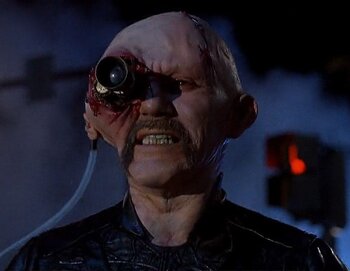 Formerly cameraman Daniel "Doc" Fisher. The first of several Pseudo-Cenobites, Cenobites forcibly morphed by Pinhead who haven't received their punishment in Hell. Has a camera lens where his right eye goes, and can make things he records explode. 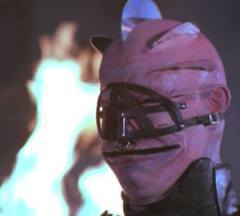 Formerly Jimmy Hammerstein, local DJ. Jimmy had the misfortune to be DJ'ing the night Pinhead dropped by the Boiler Room. In the midst of the massacre, he was morphed into CD, the second Pseudo-Cenobite. Can launch CD's like shurikens from the CD player imbedded in his stomach.

Third of the Pseudo-Cenobites. Formerly Rick Bloodstone, Boiler Room bartender. After the massacre, he was morphed into Barbie, a large Cenobite with power over fire.

Mark and Michael Norrington were Identical Twins, working together as security guards at a certain building. On their rounds one night, they had the misfortune of stumbling onto Pinhead and his ilk. The two inseparable brother were merged together at the head, becoming a ghastly Cenobite pair.

A mysterious pair of Cenobite Females. They function as the Cenobite equivalent of Succubi, luring in victims with their sexual power.

Deacon Vrainian was once a skilled and lauded surgeon in his human life. But one slip up cost him the life of his wife during an operation. His mind shattered, Deacon eventually stumbled upon the Lament Configuration. Pinhead offered him a way to forget his pain. And so, he became a sinister Cenobite Surgeon.

Advertisement:
Bound I and II

A pair of similar, but unrelated Cenobites. Appearing with leather straps bound over their eyes and mouths.

Stygian Inquisition
Introduced in Hellraiser: Judgement, The Stygian Inquisition are a group of demons who specialize in weighing the sins of and punishing the guilty. They are a separate branch of the Cenobites, despite having similar levels of Body Horror and Facial Horror to them.

A demonic office worker who keeps track of those who enter Hell. 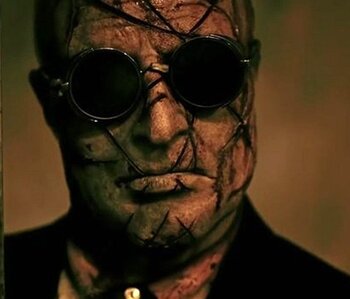 The more human member of the Inquisition who devours the sins of the guilty.

A group of women who serve in the Stygian Inquisition. Each one of them has a face stripped of its skin.

A member of the Stygian Inquisition who sports a dollface mask and carries meat cleavers, which he uses to cut the guilty to pieces.

A Stygian Inquisition member who wears a gas mask and leather gimp suit. 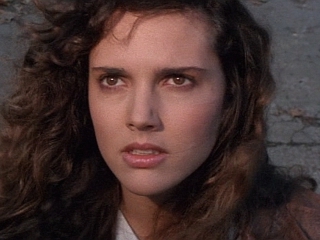 The closet thing the franchise has to a main protagonist, making an appearance in three films. Niece of the despicable Frank Cotton, she winds up entangled in the plans of the Cenobites.

The poor bastard who inherits his grandmother's old home, not knowing what his depraved brother Frank had unleashed inside it. 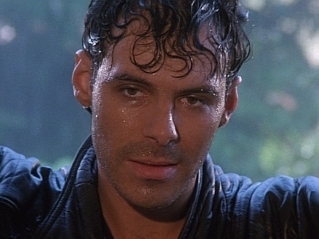 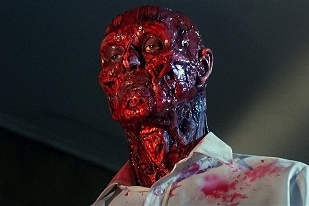 to see his skinless form

The decrepit soul who started it all. Frank believed he had felt all the pleasures the world could offer him, until he found a mysterious puzzle box on a trek through India. Upon solving it, he was whisked off to the Cenobite realm to experience the so called "Ultimate pleasure". And after years of this "Ultimate pleasure" he wants out. 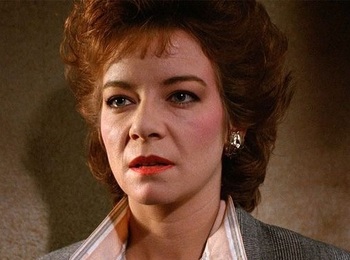 Kirsty's stepmother, who was having a sexual affair with Frank. When Frank came back from the Cenobite realm, she began to work for him before being taken to Hell herself. In the second film, she escapes Hell under servitude to Leviathan. Forms a Big Bad Duumvirate with Channard.

Several generations of men tied to the Cenobites and the Lament Configuration. With one exception, All are portrayed by Bruce Ramsey.
Philip Le Marchand

The creator of the Lament Configuration.
John Merchant

An architect drawn into his family's feud with Pinhead.
Doctor Paul Merchant

A scientist in the far future, and latest of the cursed Merchant bloodline.
Winter

A degenerate member of the family who has gathered a nihilistic cult following by means of his power over death. 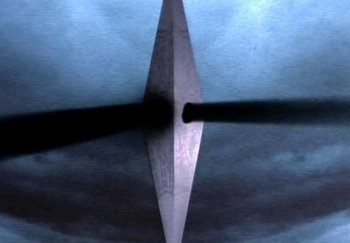 The God of Hell. The Lord of the Labyrinth. Master of the Cenobites, who uses them as foot soldiers. Takes the form of a giant golden lozenge with black beams of light.
Joanne Summerskill

A reporter trying to uncover the mystery behind the Lament Configuration.
J.P. Monroe

Scumbag owner of The Boiler Room, a nightclub in Hellraiser III: Hell on Earth. After purchasing a certain macabre-looking pillar, he becomes wrapped up in Pinhead's evil plan.
Angelique 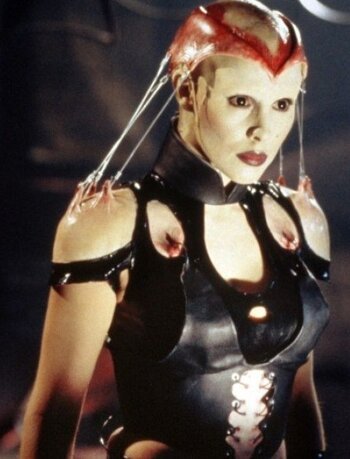 Demon Princess of Hell. Angelique is a Demon Daughter of Leviathan, eventually turned into a rank and file Cenobite by Pinhead.
Detective Joseph Thorne

A hedonistic, asshole detective with a penchant for solving puzzles who is trying to track down a serial killer called The Engineer. Appeared in Hellraiser: Inferno. Turns out he is The Engineer himself and has condemned himself to eternal suffering courtesy his Jerkass behavior and hedonistic tendencies.
Trevor Gooden

Kirsty's husband in Hellseeker. After Kirsty's fake death, Trevor suffers amnesia before the Cenobites begin to stalk him. Turns out he was cheating on Kirsty and planing on killing her with the Lament Configuration. Kirsty turns the tables on him and set the Cenobites on him.

The main antagonist of Hellworld, The Host invites the protagonists to a party only to begin picking them off one by one alongside the Cenobites. It turns out that he blamed them for the suicide of his son, and the Cenobites were hallucinations caused by drugs he had slipped to them.