Characters / Lamento - beyond the void

This page is for tropes related to characters appearing in Lamento - beyond the void. 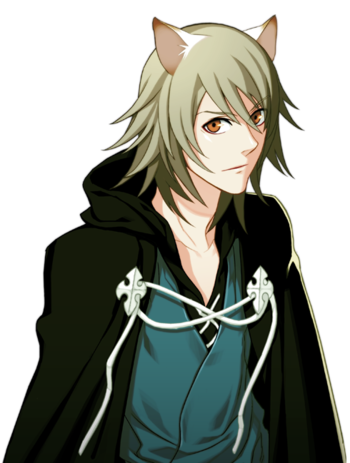 Voiced by: Kazutoshi Hatano
The protagonist of the story. A cat from the village of Karou, whose inhabitants have resorted to cannibalism to survive, he sets out to Ransen when he is afflicted with a curse spoken of since ancient times, hoping to free himself of it. 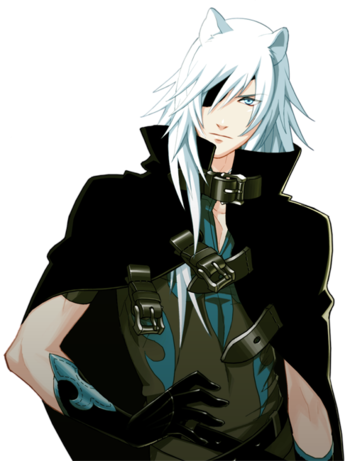 Voiced by: Toshiyuki Morikawa
A white cat from Setsura, a village known for their breed of large cats. A bounty hunter who fights alone, he first encounters Konoe after saving him from a group of bandits, and has become acquainted with him since their second meeting.
Asato 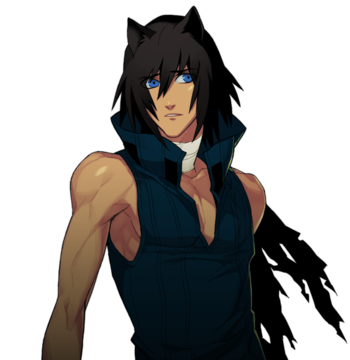 A cat from the village of Kira, which infamous for its isolation from the rest of Sisa; although he himself is shunned by the other villagers. He starts accompanying Konoe after being exiled from Kira. 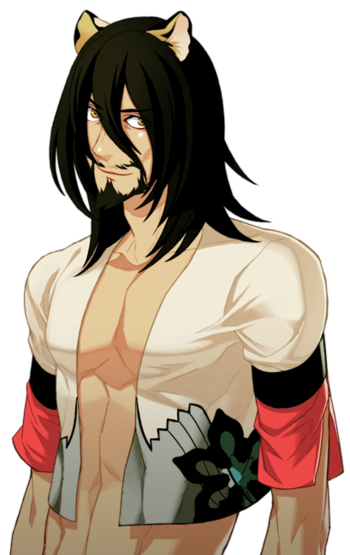 A striped cat who owns an inn in the city of Ransen. Also hailing from Setsura, he has a history with Rai, who doesn't seem to be very fond of him. 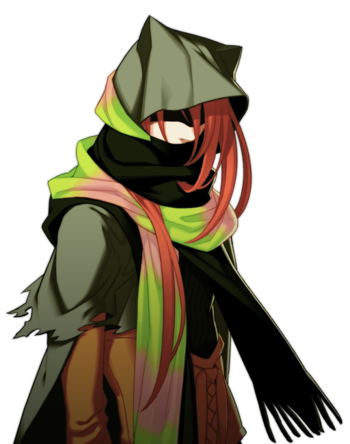 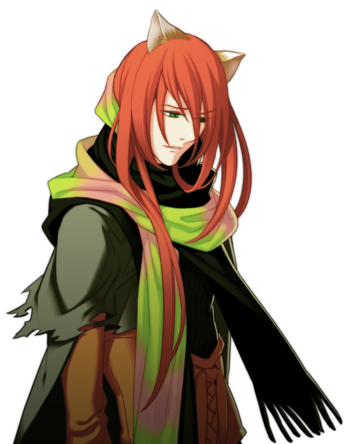 to see him unhooded
Voiced by: Shigeru Nakahara

A mysterious presence who Konoe occasionally encounters. As per his title, he's often seen playing his instrument and singing ballads, and Konoe feels a sense of familiarity with him, despite knowing little about him. 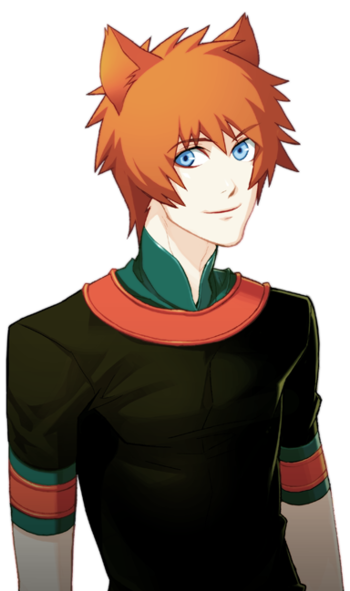 A peddler from Ransen who occasionally visits Konoe, and is the only cat Konoe is on friendly terms with. 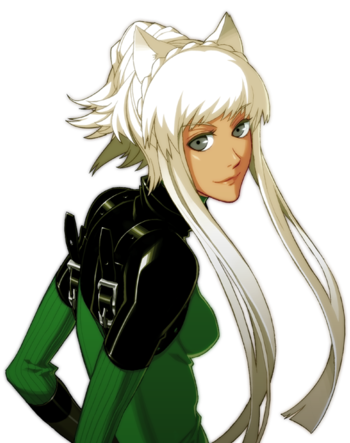 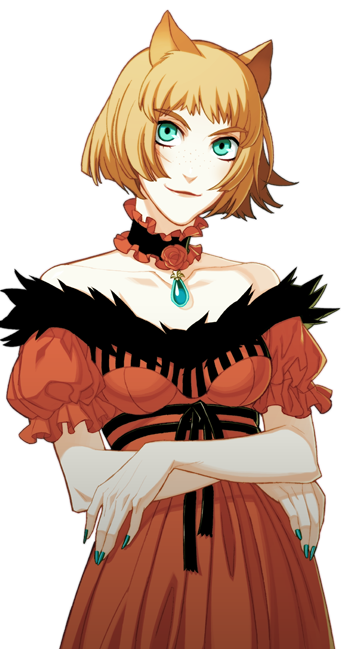 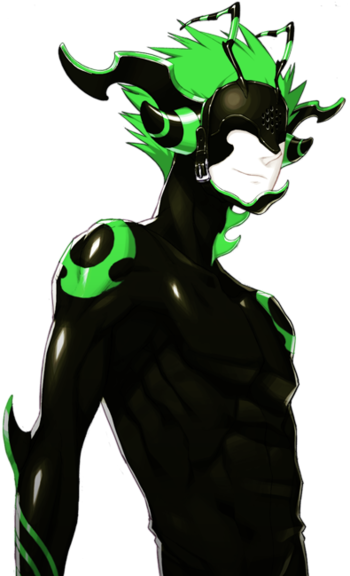 The Devil of Joy. 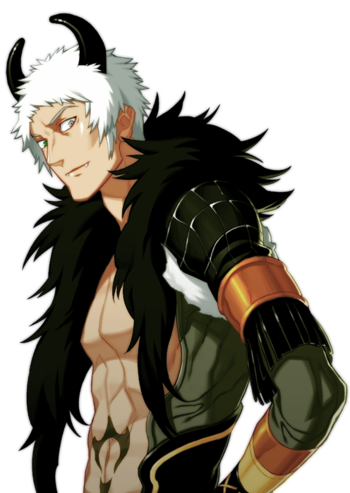 The Devil of Pleasure. 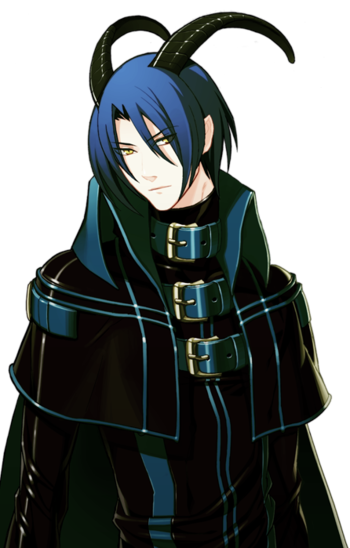 The Devil of Grief. 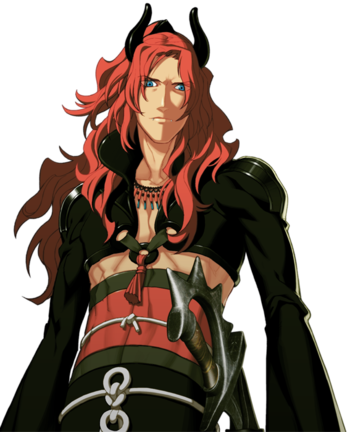 The Devil of Wrath. 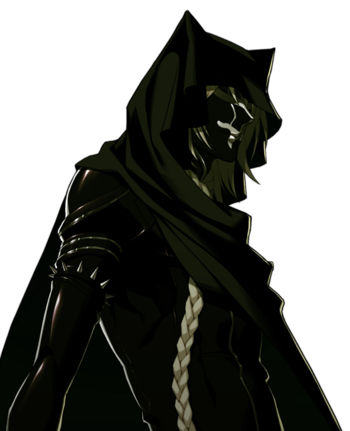 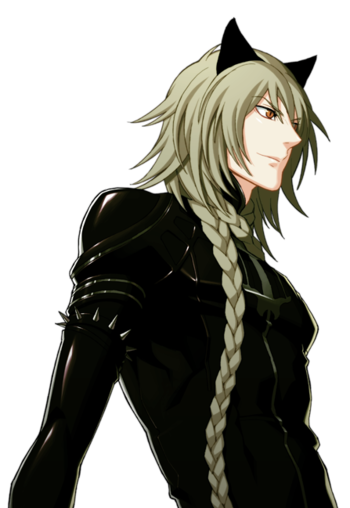 A powerful and mysterious magician who is responsible for Konoe's curse, and all of the chaos unfolding in Sisa. His motives and history are unknown, and he conceals his face with a mask. He is the main villain of the game. 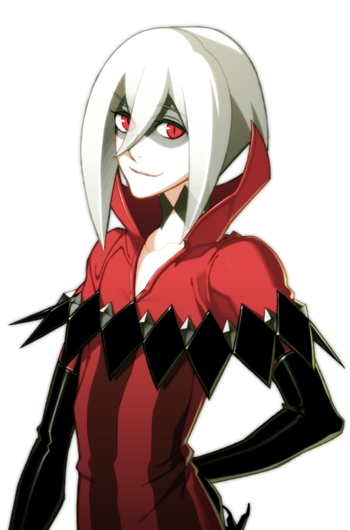 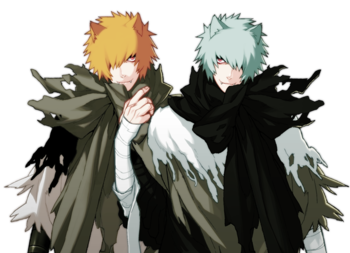