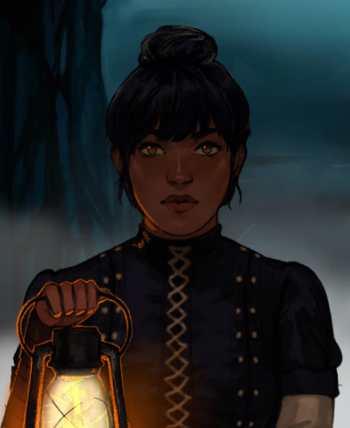 Kikka works as an official guard in one of the villages, trying to provide peace and stability for everyone. She was given the task to cross the lake of Sinnlos together with her partner, Bemelle, in order to help the people living on the other side. She appears stoic, but deep-down cares a lot about everyone's safety. 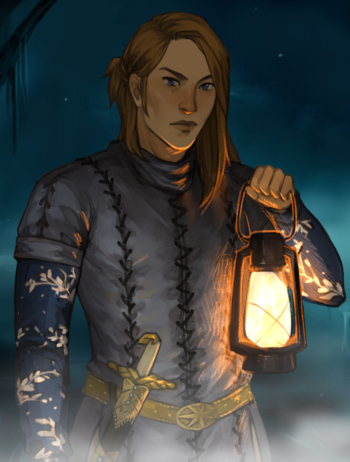 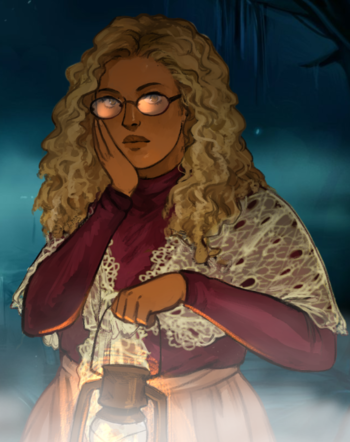 A young woman Kikka and Bemelle meet at the shore, who is also willing to cross the lake. 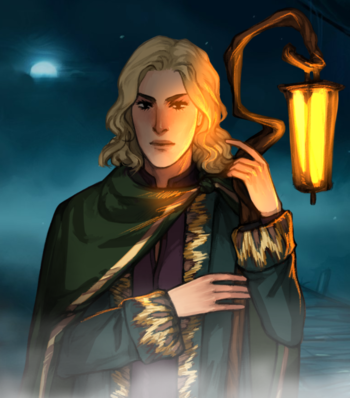 The enigmatic and cold man who helps those who want to cross the bridge. 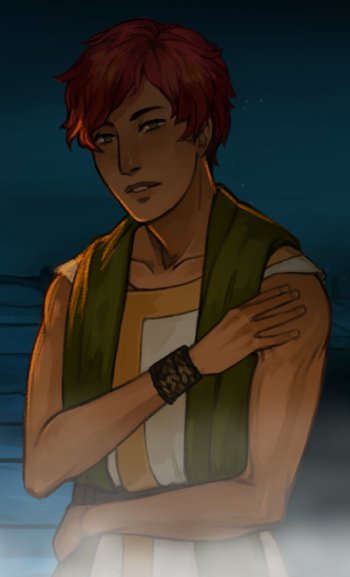 A mysterious young man whom the group finds at the bridge, all alone and lost. This character has many spoilers associated with him, including some late-game revelations about the lake Sinnlos and its nature. Please, avoid the spoilers unless you've completed his romance route.