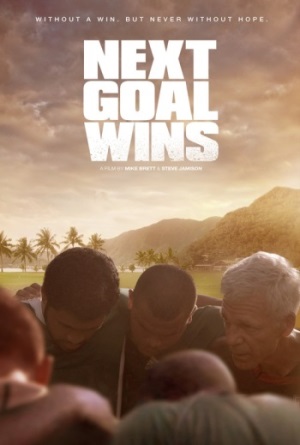 "Every country dreams of winning the world cup. Some just want to win a game."
— Official Trailer
A documentary about the football team of American Samoa, directed Mike Brett and Steve Jamison. In 2001, American Samoa lost 31-0 to Australia, becoming known as the worst national team in the world. At the time the film starts, they haven't won a game in decades. Despite this, they continue to try and try again. For the 2014 FIFA World Cup qualifiers, they hire coach Thomas Rogan to try and improve the team. With less than a month till the qualifiers, he must try and build them into a team capable of winning just one game.

Next Goal Wins contains examples of: