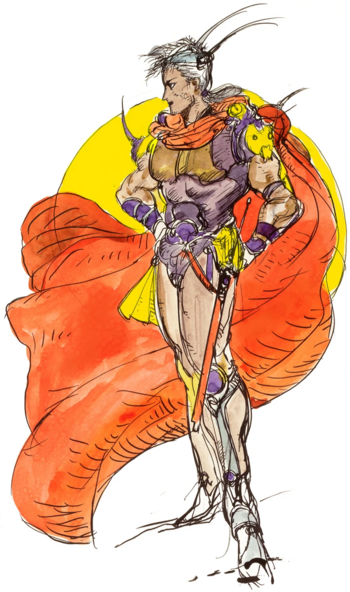 The hero of the game. Firion is a youth from Fynn, who flees it as the Empire lays siege to and occupies it. Together with his adopted family Maria and Guy, they manage to make it to Altair, the base of the Wild Rose Rebellion, headed by the princess of Fynn. They convince her to allow them to join, and together they work to defeat the Empire, take back Fynn, and save the world. Firion appears along with the Emperor in the Dissidia Final Fantasy series and appears as a player character in the Spin-Off Theatrhythm Final Fantasy. 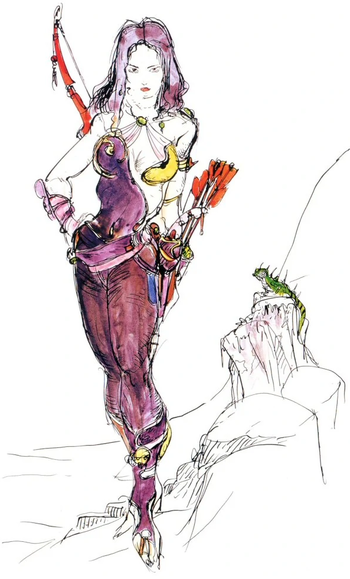 Firion's adopted sister, who fled Fynn with him when the Empire took it. She too joined up with the Wild Rose Rebellion, despite her angst and worry over what has happened to her older brother Leon, as last they knew he was with them, and then he disappeared. 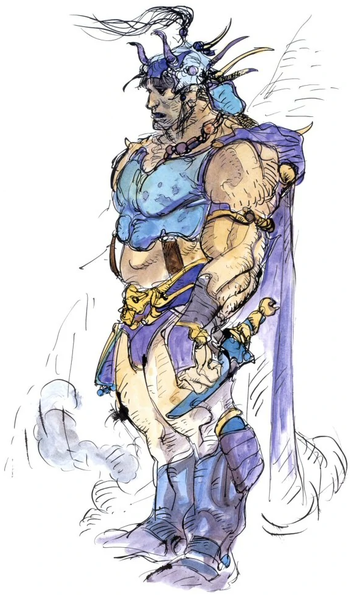 Firion's best friend and, according to various Japan-only materials, also an adopted brother. Guy was abandoned in the wild as a baby, only being raised by humans from age ten onwards, and as a result is very... well, slow, and quiet. Nonetheless, he has a close bond with Firion, Maria, and Leon, and joins them in their quest to save the world from oppression. 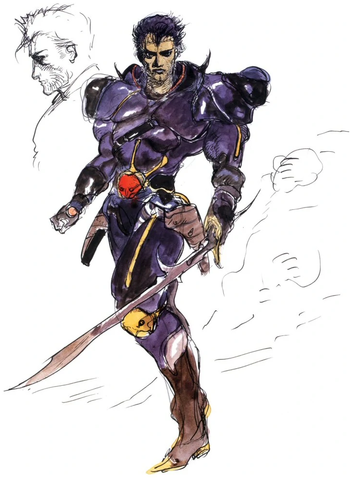 Maria's older brother (this time, not adopted), who fled Fynn with them when it fell, but vanished along the way. When he turned up again, he was working for The Empire, but all may not be as it seems... 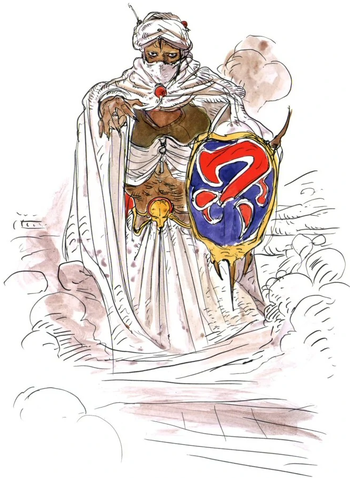 White Wizard of Mysidia, and apparent advisor to the Fynn royal court. He is the one who saves Firion and his party, and later fights alongside them in their quest to stop the Empire. He is tragically killed by the magic necessary to undo the seal on Ultima. He appears as a playable sub-character in Theatrhythm Final Fantasy. 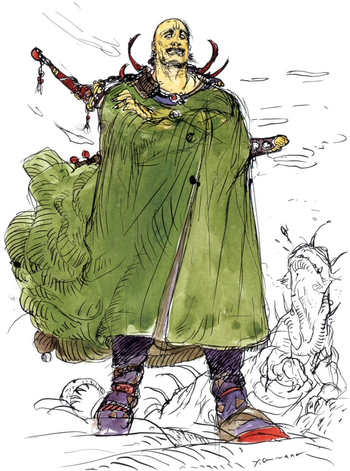 A former soldier of the Palamecian Empire (according to supplemental material). He lives in the icy mountain town of Salamand, and aids the party after they save the men of his town from being forced into slavery. 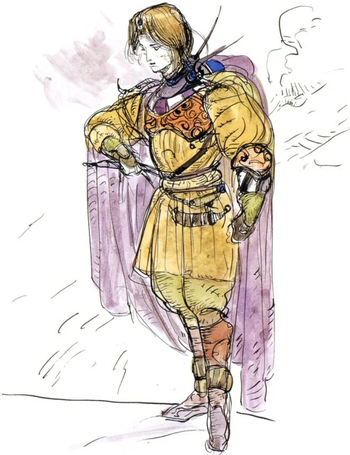 A prince of the fallen kingdom of Kashuan. Gordon is anxious and has no self-confidence at first, constantly comparing himself to his deceased brother and coming up short. Later, though, he finds strength within himself and grows into a respected leader of the Wild Rose Rebellion. 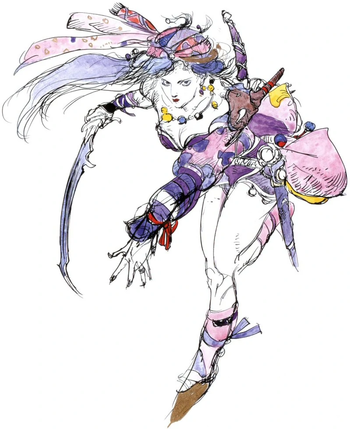 A pirate captain. She's hired by the party to transport them to an island nation, but she betrays them—however, after the party kicks her and her crew's ass, they wisely change sides and join with the Wild Rose Rebellion. 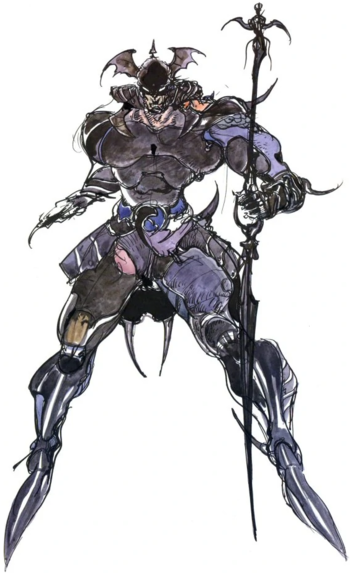 The last dragoon of Deist. Ricard finds the party when they are swallowed by Leviathan, and together they break free and he joins their quest to stop the Empire. Dies nobly while covering the party's escape from the newly revived and powered-up Emperor. 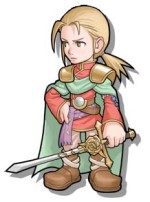 A prince of Kashuan, and Gordon's older brother. He dies of injuries sustained during the failed defense of Fynn, very early in the game... but in the Bonus Level of Heaven, he is a playable character, and is the key to investigating the mystery behind why the afterlife is suddenly such a hostile place. 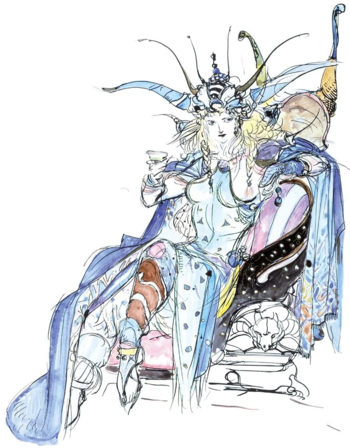 Princess of Fynn and leader of the Wild Rose Rebellion. Hilda is the brains behind the operation, and sends the party on most of their missions, eventually retaking her throne in Fynn. After her father the king dies halfway through the game, she is upgraded to "Queen." 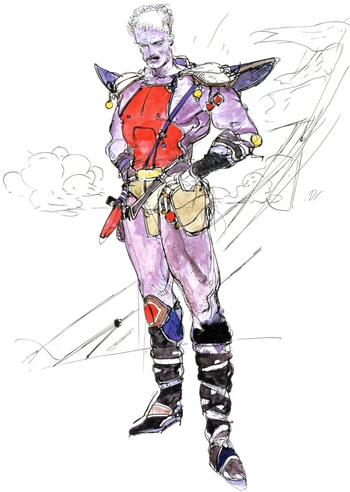 A genius engineer who built an airship that he operates out of Paloom, for a hefty fee. The party consults him for advice on how to destroy the Dreadnought.

Josef's young daughter, who adores her father and thoroughly supports him. 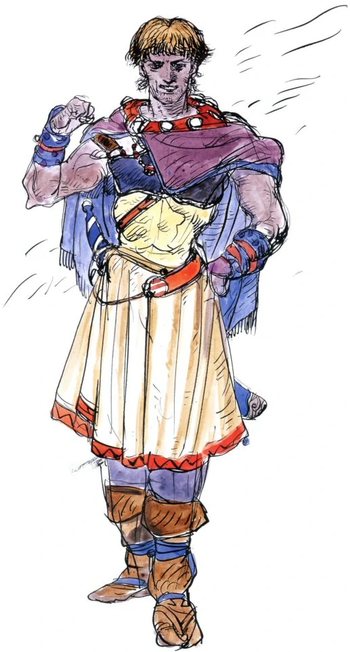 A thief from Fynn who is friends with Firion and the gang. Claims to be the greatest in the world. 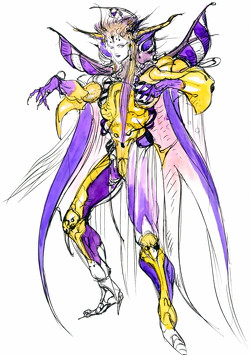 “You should consider what I am about to do a great honor... I shall kill you personally!”

The main villain of the story. The Emperor of Palamecia is so dedicated to furthering his aspirations of power, he even sold his soul to gain control of the Legions of Hell to aid in the effort. He's also one of the least sympathetic and most evil Final Fantasy villains; don't look for a Freudian Excuse because there isn't one. He just wants to Take Over the World for the sake of ruling it. In the novelization, apparently the Emperor was able to actually kill Satan despite his powers coming directly from a deal with him. He has appeared in the Dissidia Final Fantasy series alongside Firion and returns as a boss character in Theatrhythm Final Fantasy. 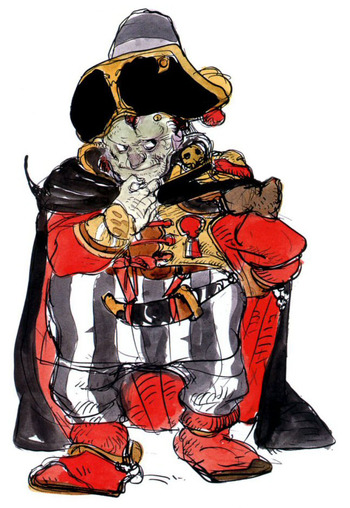 A nobleman who betrays Fynn to the Empire and defects to save his own skin. 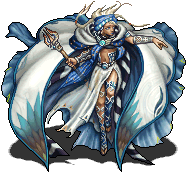 A new character added in the 20th Anniversary Edition. He is the immortal guardian of the ultimate magic and an extremely powerful mage. In his story we learn that he was born with inmensely powerful magic, and thus, was fit to be the one who'd guard over the Destruction magic tome, which is basically Ultima on steroids. However, after millennia of guarding the thing he becomes so absorbed by his duty that he fights everyone who dares to enter his sanctuary.