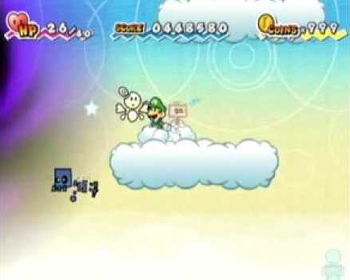 "It's time you all learned that Heaven can be a Hell of a place!"
— Benjamin Franklin, The Simpsons Game
Advertisement:

A bonus level or dungeon where the characters get to slaughter their way through Heaven, and possibly culminating in punching out God.

Not to be confused with Fluffy Cloud Heaven, which only sometimes overlaps with this (when combined with Level in the Clouds). If The Legions of Hell are running wild here, it's Hell Invades Heaven.

If you were looking for a figurative Bonus Level of Hell to describe ridiculously difficult extra levels, see Brutal Bonus Level.