Characters / One Piece: Others

Age: Even he does not know 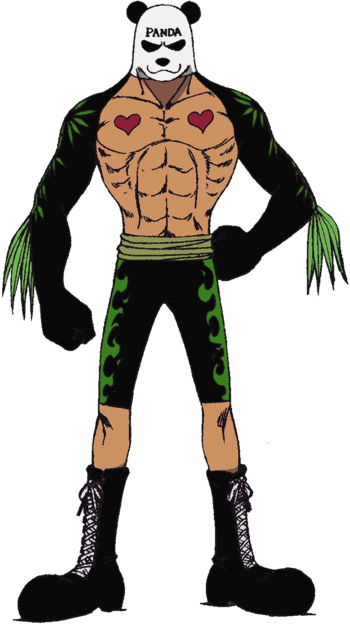 A joke character and something of a Running Gag in the series. Shows up in backgrounds of the series for the audience to spot. Word of God stated he created him a long time ago as a fan character for Kinnikuman. 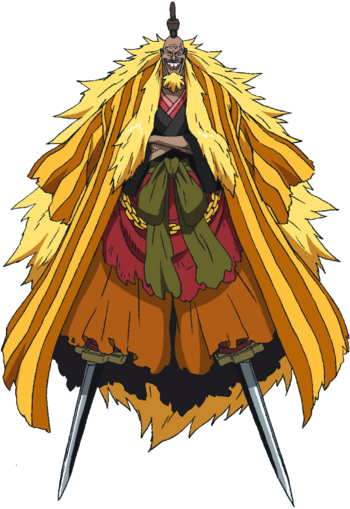 "I will rule over all the seas from the sky!"

Shiki the "Golden Lion, also known as the "Flying Pirate", is the captain of the Golden Lion Pirates and a legendary pirate known for clashing with Gold Roger himself and for being the very first pirate to ever escape from Impel Down. His base of operations is a collection of floating islands, which he himself made with his Devil Fruit powers, swarming with fierce animals called Merveille, from which he and his five-thousand strong crew plot their revenge on the world.

He ate the Float-Float Fruit (Fuwa Fuwa no Mi), a Paramecia-class fruit that grants him the ability to use telekinesis on anything he touches, including but not limited to levitating and moving objects. 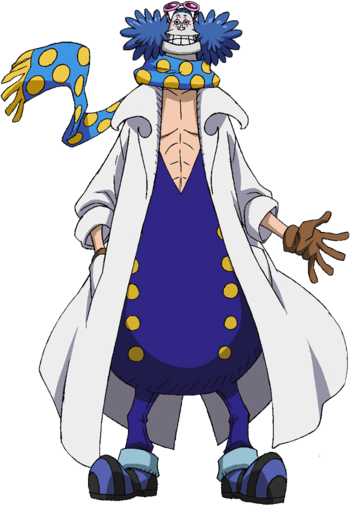 A genius member of the Golden Lion Pirates and the one who creates the monstrous animals under Shiki.