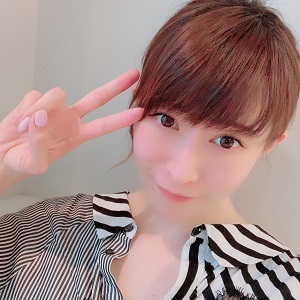 Kaori Nazuka (born April 24, 1985 in Tokyo, Japan) is a voice actress who got started in the industry at the very young age of 13, Kaori Nazuka has a tendency to play young girls who are quite a bit wiser than they should be, Morality Pet roles like Nunnally of Code Geass, Team Mom roles, Shrinking Violet roles; the reaction her soft, cuddly and helpless roles provoke in fans of both sexes tend to be "I'm Taking Her Home with Me!"

There are exceptions like Chloe of Spice and Wolf. Point in fact, recently she seems to be actively attempting to move on from the "sweet little sister" typecasting by taking taking cold, angry and deep-voiced roles like Yui Kotegawa of To Love Ru and Shizuku Sango of Kämpfer.

She is married as of February 2011