Exactly What It Says on the Tin. The organized criminals of Detroit, united under the leadership of the Tonin family. With connections in Greece, Canada, Tunisia, and of course, Harlan County, Kentucky, the Detroit Mob can make its influence felt anywhere. It is the parent organization for the Dixie Mafia, to which Wynn Duffy and Emmett Arnett belong, and its agents regularly find ways to make life miserable for Raylan Givens and Boyd Crowder. 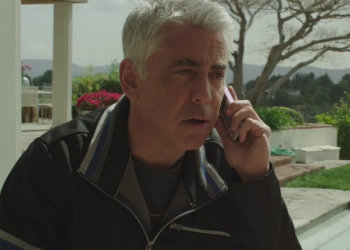 "All right, you got 30 seconds. I'm on vacation."
Played By: Adam Arkin
Ava: Who's bigger than Theo Tonin?
Boyd: Only God and Uncle Sam.

A mobster from Detroit, Theo is the head of the Detroit Mob (the Dixie Mafia's parent organization) and the Tonin family patriarch. He is feared throughout the criminal underworld and his organisation is behind numerous threats to Harlan County in Seasons 3-5. 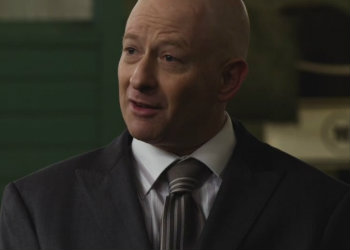 "You want to survive in this business, you have your money on the horse that's out front."
Played By: Max Perlich
Raylan: Sammy? Sammy's a punk. Sammy's afraid of his own shadow because his shadow could kick his ass.

Sammy Tonin is son of mob boss Theo Tonin. He often clashes with Robert Quarles, his father's close associate and unofficially adopted son who is attempting to set up criminal operations in Harlan County. Sammy is short in stature, but isn't to be underestimated. 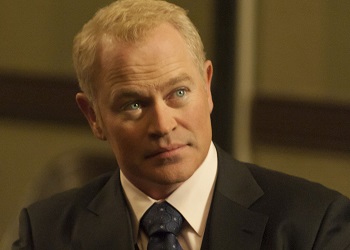 "How fast do you think those bullets will be when they're heading back at you?"
Played By: Neal McDonough
"When people will conspire to keep you down, you will reach for the edge. They will lean the heel of their boots on your fingers and you just keep fighting, scratching and pulling. And just when you think you've reached the top of the mountain they changed the rules. So what do you do? You don't quit. You don't run. You don't stick that gun in the back of your throat. You realize that you're wrong. You're wrong in thinking that you had already won. True victory is when you crush your opponent so completely that he realizes he was wrong in opposing you from the beginning. You claw your way back into the fight. And you stand atop the mountain."

Despite his dapper appearance and charming wit, Robert Quarles is a highly unstable and extraordinarily dangerous member of the Tonin crime family. He arrives in Harlan County from Detroit looking for payment on a debt — and then decides to stay a bit longer when he finds potentially fertile ground for his own illegal empire.

He has a tortured and disturbing past — even predating his "adoption" by mob boss Theo Tonin, who considers Quarles to be a son. Quarles is a cold-blooded, ruthless killer who takes particular interest in U.S. Deputy Marshal Raylan Givens after the lawman challenges and, worse, embarrasses him. 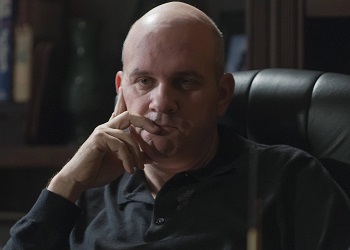 "When the most powerful being in the universe tells you to do something... You do it."
Played By: Mike O'Malley
"You come in here with your bullshit cop threats; knowing that if your bluff gets called, you can always hide behind your badge—I don't have a badge! All I got is my word. So, if I say, 'I'm gonna kill your family,' I'm gonna kill your family. 'Cause these animals out here--they think they can get over on me--they'll tear me to pieces. You wanna know where I'm headed? I'm headed to Detroit: to kill Theo's pasty little pussy of a son, but I'll be back for your family. You had a chance to save them this morning, but instead, you took out three of my guys! So, the only chance they have now is if you use that glock on me to end this; if you're not gonna do it, get the hell outta my car!"

Nick "Nicky" Augustine is one of mob boss Theo Tonin's go-to henchmen. He is involved with crooked law enforcement officials — most notably in the FBI — as well as the criminal elements in Harlan County that serve his organization's purposes. He is amused by violence and acts with great arrogance when forced to unite with, say, the Crowders of the world. Ultimately out only for himself, Nicky has his eyes on taking Theo Tonin's place one day, and is contemptuous of his boss' son, Sammy. 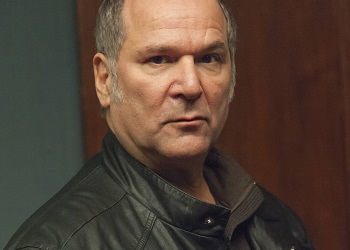 "Higher up the mountain, worse the footing gets."
Played By: John Kapelos
Boyd: This is Mr. Picker. I didn't think to ask if he played guitar.

One of Nicky Augustine's most capable henchmen, Mr. Picker will do anything to improve his position, and survive the various power struggles within the Detroit Mob, switching allegiances without qualm. Following the collapse of the Tonins' empire in Season 5, he is working with Boyd Crowder and Wynn Duffy to set up relations with Mexico. 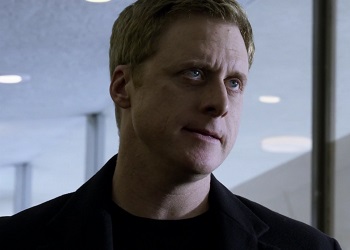 "You don't wanna blow me off."
Played By: Alan Tudyk
You know why I'm here.

Theo Tonin's personal bodyguard and most trusted enforcer, Elias Marcos is distinguished by his Undying Loyalty to his boss, and his willingness to kill anybody in the name of fullfilling his orders. Having accompanied Theo to Tunisia, he returns to the USA, and travels to Harlan County, intent on punishing Mr. Picker for his betrayal. This brings him into conflict with US Chief Deputy Marshal Art Mullen, and US Deputy Marshal Raylan Givens. 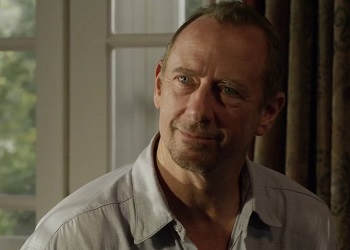 "The only thing I'm guilty of is being rich."
Played By: Xander Berkeley
"When this is over, I'm gonna own every cheap suit wearing, no class, shit kicking one of you."

A very wealthy Detroit mob accountant who is arrested by the Marshals. 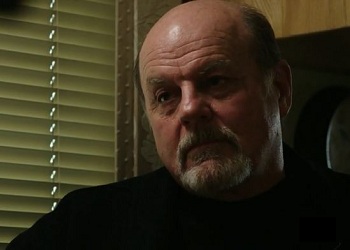 "Why not let nature take it's course? World'd be a nicer place."
Played By: Michael Ironside

One of Theo Tonin's most trusted hitmen. When Quarles goes out of control, Sarno is one of two killers sent to Harlan County to deal with him.

A henchman of Detroit crime boss Theo Tonin, sent to Harlan to find the whereabouts of Drew Thompson.

The Man from Detroit

The Man from Detroit 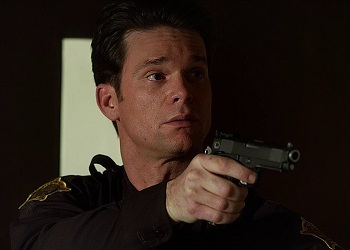 "You don't move, I'm gonna shoot you."
Played By: Matthew John Armstrong
Wynn Duffy: Theo's got a guy on his way down who has apparently killed more people than malaria.

A 'buttonman' sent to Kentucky by Theo Tonin to locate Drew Thompson. Acting on Boyd's information, he executes several of the Clover Hillers, before clashing with the US Marshals. 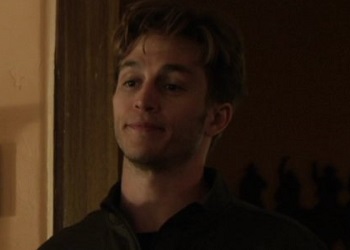 "You only live once. And you know when I say it? When shit is about to get real."
Played By: Bobby Campo

One of Nicky Augustine's henchmen, Yolo is a young thug retained to beat information out of anyone who won't cooperate with Augustine's wishes. Cocky and cheerful, he enjoys hurting people, and often brags about how "You Only Live Once".

One of Nicky Augustine's henchmen. He's apparently the best sharpshooter in the group, and accompanies Colt during his ambush of US Deputy Marshal Tim Gutterson's convoy.

Played By: Troy Ruptash
"You think this beard makes me Santa? I'm an elf."

One of Nicky Augustine's henchmen, he's sent to take Winona hostage so that Augustine can use her to get to Raylan. 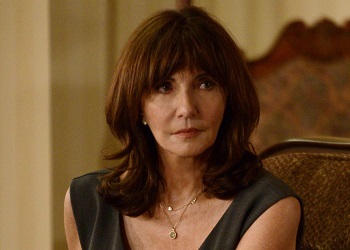 "You protect your partner, and you avenge them against people who do them wrong. That is something I strongly believe."
Played By: Mary Steenburgen
"Well, whatever dark, twisted fantasies you have about me, David, rest assured now I am nothing but a li'l old country grandma."

The widow of Big Country Grady Hale, Katherine Hale is a longtime Dixie Mafia associate, and a friend of Wynn Duffy's who occasionally acts as a consultant for other criminals. She comes out of retirement at the end of Season 5, taking the reigns of the Dixie Mafia and recruiting Wynn and Boyd.

Played By: N/A
Katherine Hale: He was the face, and I got it done. 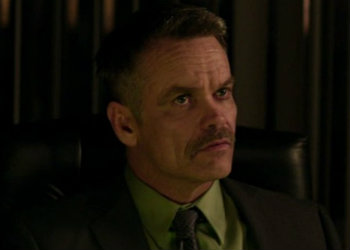 "Now, why don't you state your business, enjoy your coffee, and then get the hell out?"
Played By: Steven Flynn

A loan shark turned real estate mogul, Emmett Arnett is the head of Frankfurt's Dixie Mafia, and a frontman for the Detroit Mob. In an ironic twist, he eventually gets behind in his payments to Detroit, and has to deal with Robert Quarles as a result. 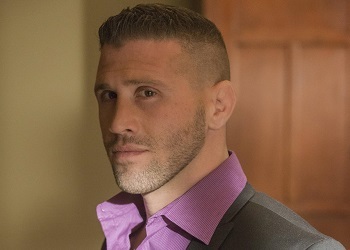 "You okay? You look aplexed."
Played By: Jonathan Kowalsky
Wynn Duffy: Mikey? Mikey's a stone killer. Why do you think I keep him around? 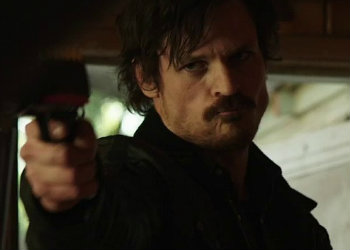 Tanner Dodd is a homegrown Harlan criminal with ties to both the Dixie Mafia and Noble's Holler. He's employed by Wynn Duffy and Robert Quarles to run the Harlan side of their operations, and recruits other local gangsters to help them take over the county's Oxy trade.

Emmitt Arnett's beautiful and seemingly oblivious secretary, with whom he is having an affair. 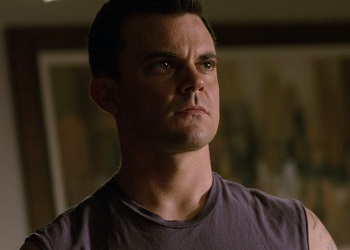 "You ain't gonna be smiling when I knock your teeth out."
Played By: Travis Wester
"You know what my favourite part of boxing was? Getting paid to beat up on all the coloured boys."

A washed up former featherweight boxer who works as an enforcer for Wynn Duffy. A racist jackass, he got into boxing and later organized crime because he enjoys hurting people. 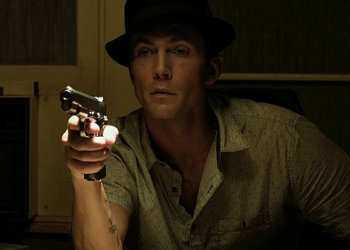 "How about we play a game?"
Played By: Desmond Harrington
"Now, I don't like wearing a mask. I'm too pretty. So I am gonna have to kill you."

A psychopathic hitman working for the Emmett Arnett. He forces his victims to play a game with him, wherein they both go for a gun on the table, then stabs them in the hands with an icepick when they go for it. 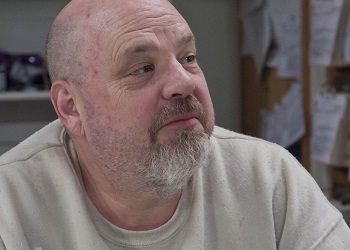 "You're not playing Russian Roulette, dumb shit, you're playing Harlan Roulette!"
Played By: Pruitt Taylor Vince
"You win, you get a pill. You lose? Well...I'll put a pill on your casket for you."

A pawn shop owner and drug dealer working for Wynn Duffy. He employs oxycontin addicts like Wade Messer, who he keeps in line through intimidation and drugs.