open/close all folders
Ange
See her entry in her own character page.
Advertisement:
Salia

Formerly the deputy chief of Zola's squad, Salia gets promoted to captain when Zola is killed in action. Pilot of the AW-FZR304 Arquebus Salia Custom.
Hilda

Hilda is a veteran para-mail pilot and one of Zola's former lovers. She despises Ange for inadvertently killing Zola in her first mission. Pilot of the AW-CBR115 Glaive Hilda Custom.
Vivian

The youngest pilot of the squad and an extremely cheerful girl, Vivian is one of the first pilots that Ange befriends in the series. Pilot of the AW-GSX232 Razor. However, there's more to it than what she appears to be.
Ersha

The eldest member of the Salia squad and is also a chef of Arzenal. Pilot of the AW-ZZR520 Hauser Ersha Custom.
Rosalie

One of Zola's former lovers before she died, she wants to avenge the death of her beloved captain by attempting to kill Ange. Pilot of AW-CBR115 Glaive Rosalie Custom.
Advertisement:
Chris

Chris is one of Zola's former lovers before she died. She wants to avenge the death of her beloved captain by attempting to kill Ange. Pilot of the AW-ZZR520 Hauser Chris Custom.
Zola

Zola is the captain of the First Troop at Arzenal and pilots the AW-FZR304. She dies in "Villkiss Awakens" during Ange's disastrous first employment due to the latter's interference.
Coco

Coco Reeve is one of Ange's fellow recruits in Zola's squad.
Miranda 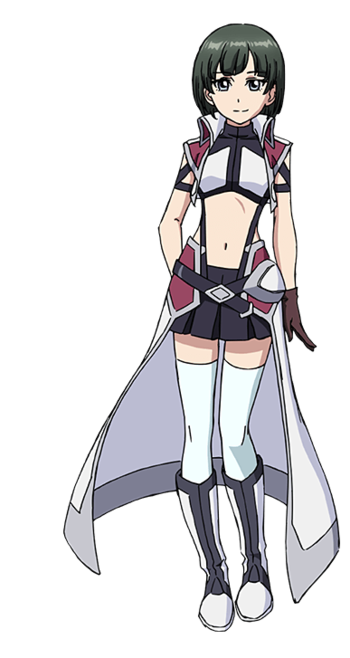 The other one of Ange's fellow recruits in Zola's squad.