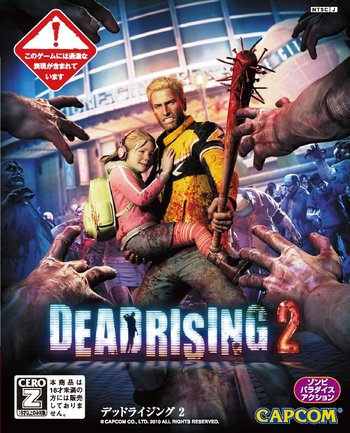 Not even a Zombie Apocalypse will separate Chuck Greene and his daughter.
"But, above all else. I will never forgive you....for MAKING MY DAUGHTER CRY!"
— Asura, Asura's Wrath
Advertisement:

Sometimes, being in direct control of the Papa Wolf makes things ever so satisfying.