The characters of the manga series Majin Tantei Nougami Neuro.

open/close all folders
Neuro and Yako 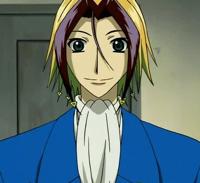 Don't let him fool you, he's more threatening than he lets on.
A powerful demon from hell with a taste for mysteries. He acts as Yako's assistant and uses her to find food for him; he's the one who solves all the cases but gives the credit to Yako. Being a demon, he's as one expects - cruel, sadistic, mysterious, and an embodiment of the Troll trope. His care for humans, during the start of the series, extends only enough to think of them as food - his character arc, as subtle as it is, is realizing humans can do so much more and earns respect from demons for being strong. 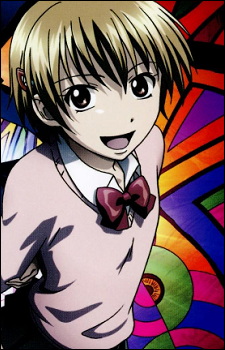 "Sensei" and "head" of the agency.
The "investigator" for Neuro's company, she's an ordinary (at first) high-school girl whose father was killed in the first chapter. She acts as Neuro's cover but as time passes, eventually develops her our skills. The straight-man to Neuro, Yako shows heart and goes along with Neuro and his detective agency (whether she likes it or not) to assist in solving crimes. Where Neuro is cold, Yako is kind, and though she becomes a little cynical and callous because of everything she's one of the nicest characters in the series. 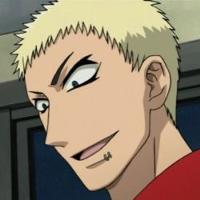 He worked for a small finance house with criminal connections until his boss was killed. Per to Neuro's agreement, he and his fellow employees left, but only he was called back later to chase away cameras. He eventually moves up into the world, taking control of an information company who had approached the Detective Agency for publicity, but he remains under Neuro's thumb.

Hair of a corpse in the wall of the office Neuro took over. We still don't really know whether she is the soul of the corpse controlling the hair, or the hair itself that comes to life. She is the Agency's secretary, a really damn good one at that.
Tokyo Police Department 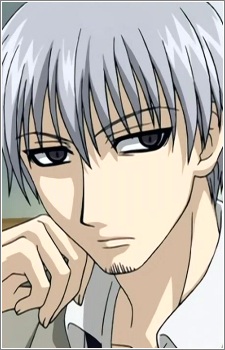 One of the two police officers assigned to solve the mystery of Yako's father's death. Later becoming one of Yako's best allies, partly because his partner at the time turned out to be the murderer. Cool, collective but really weird in his own way. He lost his family to X and was one of the first to be hit by him, but later on it's revealed this was Sicks' doing. 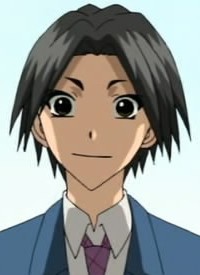 Sasazuka's partner and looks up to him greatly. A huge Otaku, Jun's apparently kept on the team only to provide a balance for Sasazuka. 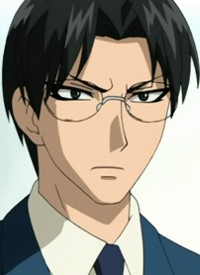 The chief of police, Usui is a strict boss who desires nothing more than perfection. He was originally Sasazuka's rival, and he seems to hate everyone but Tsukushi. 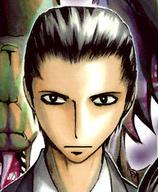 A quiet man who threatens everyone he comes in contact with without really trying, Tsukushi is there to assist Usui. Also knew Sasazuka and Usui from their college days, but he wasn't as close to either of them back then as Usui was to Sasazuka. 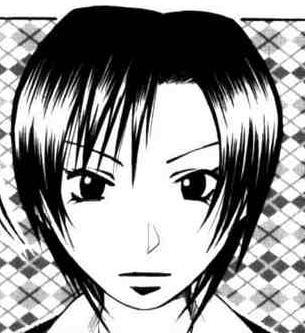 A detective who never appeared in the anime, she's recruited and added on to be Sasazuka's partner during the New Bloodline arc. A serious woman who's the complete opposite of Jun in all aspects except looking up to Sasazuka, she follows her job to a T. 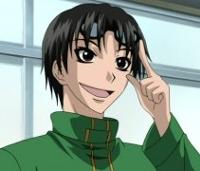 A 19-year-old hacker who works for the Police Department. Very important during the HAL arc, Higuchi assisted in revealing information about, decoding, and curing the Electronic Drug. He acts almost his age, but he's incredibly playful.
Villains 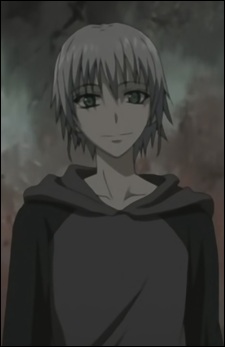 X, pronounced "Sai" for "Kaitou Sai" or alternately "Phantom Thief Sai" or "Monster Robber Sai", is a world-renown thief. Known for killing his victim by shredding them up and creating a glass red box with what remains of their body inside and then stealing one object from their house, X becomes Neuro's greatest enemy. His shapeshifting abilities are powerful and grow more over the course of the series, but they also cause him to lose his memories frequently. As such, he has no clue as to his origins. 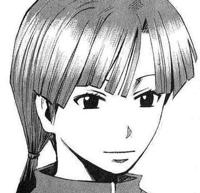 X's partner in crime, Ai is usually in a servant/straight-man relationship with him. We say "usually" because her role changes from day to day, depending on who X is impersonating. It's because of Ai that X is known as a thief, but she's stated that her house is becoming filled with "B-grade goods" like wooden bear statues ever since X gained an interest in Neuro. Before becoming Ai, she was "Plane Crasher Imina" who bombed or poisoned planes. When the New Bloodline arc began, Ai was killed by Sicks and X was captured to become XI. 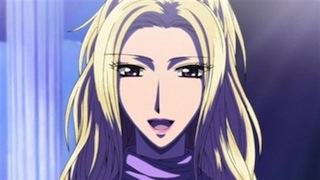 A singer whose voice can reach into people's hearts, move and even control them. She was uncovered by Yako and later become one of her greatest allies. 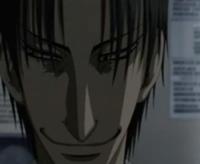 Harukawa was a neurologist, who cloned himself to create HAL; a super advance A.I who plotted to take over the world with an Electronic Drug, which brainwashed the masses via hacking televisions and computers to display the drug. While Eisuke was killed when HAL revolted, HAL himself was later taken down when Neuro trashed his defense system and devoured his mystery, and then uninstalled by Yako.

A member of the police at the start of the series and a detective on the murder of Yako's father along with Sasazuka. Unbeknownst to everyone though, he was the real murderer and obfuscated the evidence of his involvement. Neuro's involvement, however, put an end to the charade and Sasazuka arrested him.

Originally an employee of a heavy-handed finance company, Washio rose up the ranks by murdering his boss and becoming acting-president. After overconfidently allowing Neuro to make a wager on solving the crime, his office is taken and becomes the main building for the detective agency. 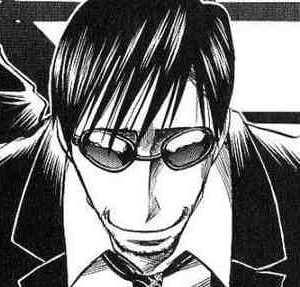 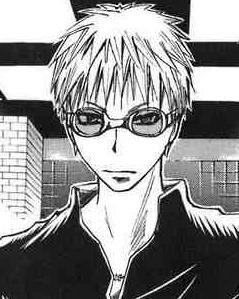 A pair of brothers who work in the black market. The older is Hisanori and the younger is Yukinori

A corrupted back-up of HAL who managed to revive himself from the computers of the military carrier HAL had stationed himself on. Without Harukawa's goals in mind, he assumed HAL wanted the military weapons to destroy the world. However, before he could get one step towards his plan, Sai finds and downloaded and deleted him, obtaining information on Neuro and the Electronic Drug.
True Bloodline 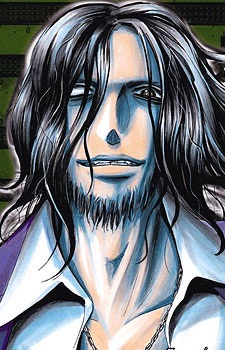 Evil Incarnate
The leader of a group of superhumans, Sicks plans to wipe out most of humanity to make way for the New Bloodline. 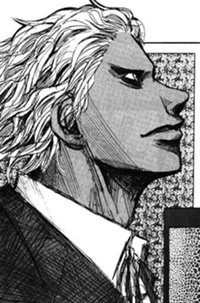 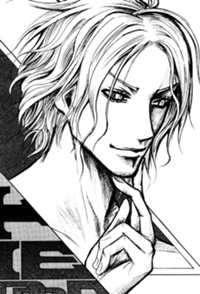 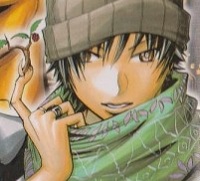 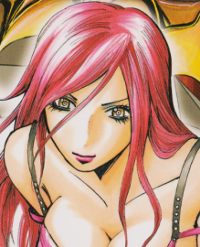 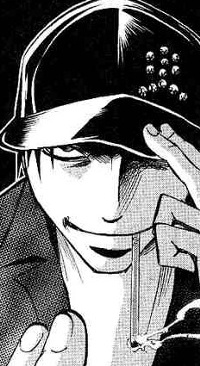 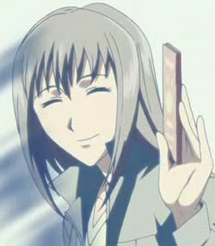 Yako's father, he dies at the beginning of the story. 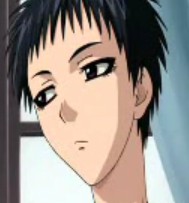 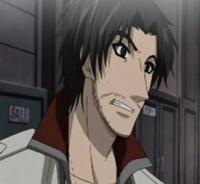 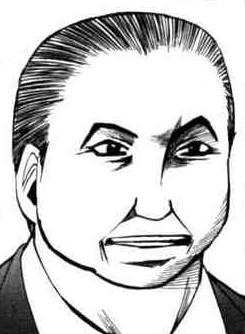 The owner of an Underworld Private Research Agency, an Information Company that Neuro now controls through Godai, whom he has designed as vice-president. 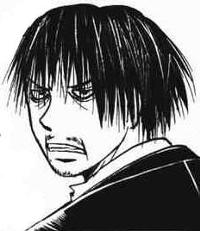 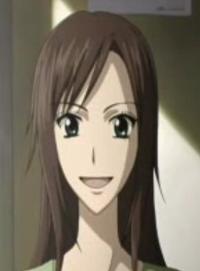 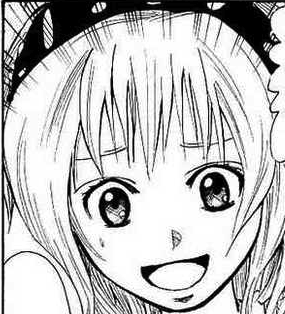 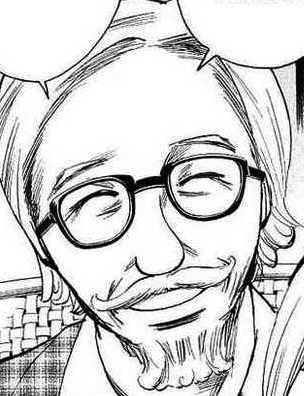 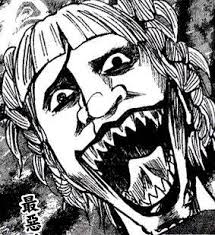