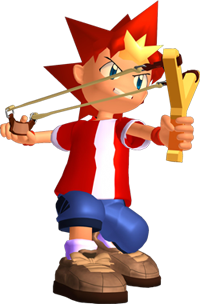 The hero of the original Ape Escape and a few of the spin-offs.

The rival and friend of Spike who has a bad habit of being brainwashed by Specter. 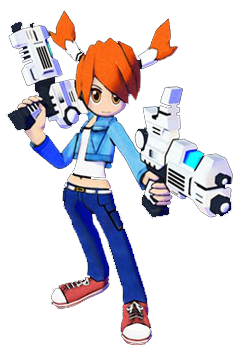 The daughter of the Professor, Natalie is a Tomboy who follows in her father's footsteps. In the anime, she actually goes out and assists Spike in capturing monkeys, moreso then any other character. Otherwise, she acts like she did in the games.

The creator of the Monkey Helmet that gives the apes their intelligence. He appears in the anime with more or less the same role. He is a bit more zany. 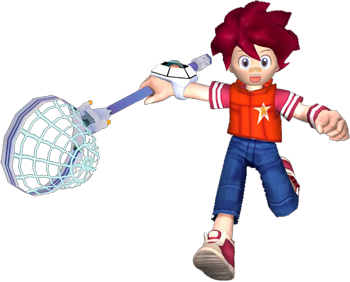 The protagonist of Ape Escape 2, Jimmy is a friend and cousin of Spike. 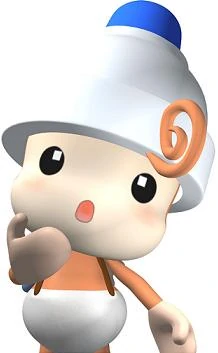 A small, baby monkey that accompanies Jimmy on his adventures. He wears a pipo helmet that works as it was originally intended, making him smarter but not evil or out of control. He also has suspenders with wings attached, that allow him to fly. 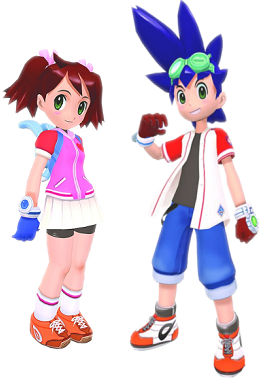 The protagonists of Ape Escape 3, the player chooses which one of them to play as for the remainder of their game. They made recurring appearances in the anime, with Yumi being a major character in three episodes (two involving the Pipotrons kidnapping her, and the third involving a drawing contest between her and Pink Monkey.)

Kei and Yumi's aunt. She acts as a replacement for Natalie and the Professor, giving you instructions as well as new gadgets.

An AI created by the Professor.

There's really not much to say about this guy.

Tohko and Tsukushi are sisters who aid the protagonist in the Playstation Move game.

The grandmother of Tohko and Tsukushi in the Playstation Move reboot. She went missing after trying to build a machine to find her pet monkey Specter. 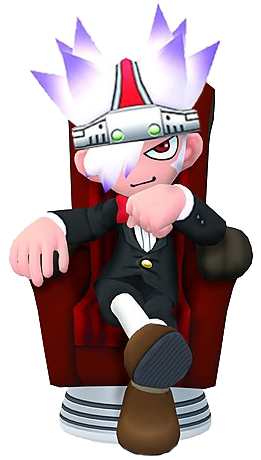 Specter was a famous circus monkey loved and adored by thousands. One day he found the prototype Peak Point Helmet and put it on, increasing his intelligence but also twisting his mind. He quickly escapes the amusement park, after giving all of the other monkeys in the zoo peak point helmets of their own, and leads them to try and take over the world.

He is the only character returning for the new storyline of the Playstation Move reboot. Here he is a Woobie, Destroyer of Worlds who was forcibly separated from his owner Haru and shot up into space, in a constant state of discomfort and fear due to his dislike of cold.

Specter's portrayal in the anime is a little different. In this version of the story, he is actually a sentient Pipo Helmet that controls whatever unfortunate monkey wears it. Otherwise, he's basically the same as he is in the games.

The mascots of the series itself, the Pipo Apes are Specter's minions that cause havoc.

The cartoons and anime discarded the multicolored pants in favor of more uniquely dressed monkeys.

The Freaky Monkey five are Specter's Quirky Miniboss Squad from the second games onward. They are monkeys mutated by Vita-Z Bananas and are usually fought in between levels. 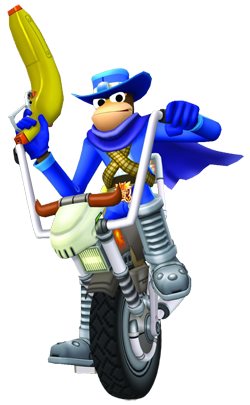 The tall, aloof, and cool member of the group. He often uses a unicycle to get around, and can go at incredibly fast speeds on it. 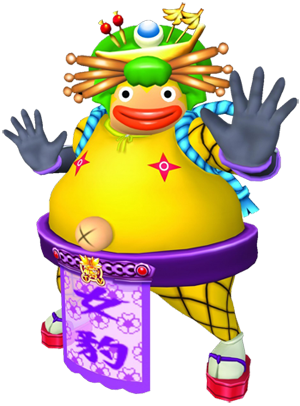 The fat, goofy and ambiguously gay member of the group. He often utilizes sumo techniques in battle. 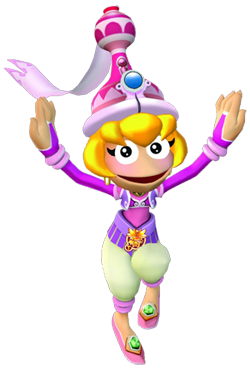 Although her pop idol status remains the same throughout the series, her clothes change like the rest of the group. She resembles a typical pop singer in 2, a princess in 3, and a schoolgirl in Saru Saru Big Mission and the anime. 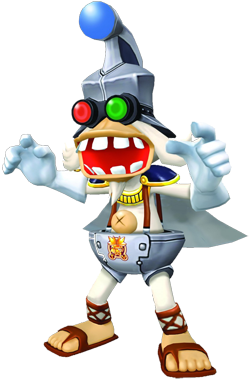 The oldest and most intelligent of the group, he uses robots to fight against the heroes. 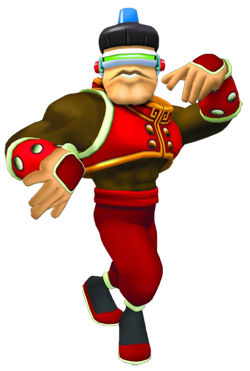 The leader of the Freaky Monkey Five (aside from Specter, that is). He's very muscular and uses a combination of wrestling, kung-fu and flatulence in his attacks. 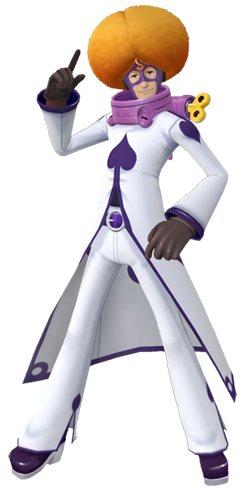 An eccentric scientist who teams up with Specter in Ape Escape 3 with a plan to split the Earth in two. Turns out years ago he was a colleague of Aki and the Professor. After a disastrous experiment which left a helmet permanently grafted to his head, he became an outcast to society and hid. 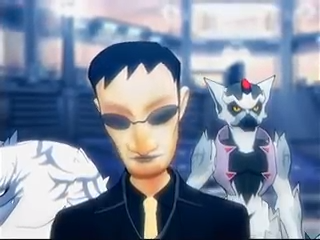 An evil scientist with one goal in mind: world domination. 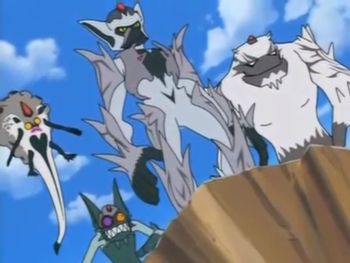 They appear in the anime as the main antagonists of the first season, hijacking the plot from Specter and capturing him for their own purposes. 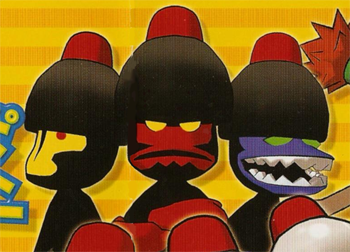 Three experimental monkeys made for unknown purposes that escaped the lab in which they were created. The trio includes Red, the calm but strong leader, Blue, the talkative speedster, and Yellow, the unintelligible marksman.

The anime portrays them as goofy klutzes with the goal of becoming "big". They started out as the Big Bads of season two, demoted to the Quirky Mini Boss Squad once Specter hijacks the plot 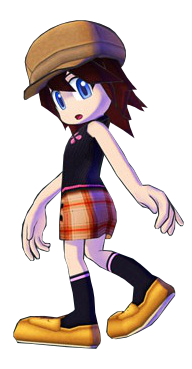 A young girl around Spike's age. She first appeared in Ape Escape: Pumped & Primed, where she was the previous champion of the tournament that Spike and company enter. Her father mysteriously went missing, and she's determined to find him.