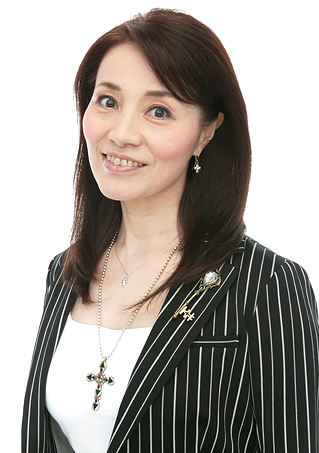 If there's an Adorably Precocious Child on sight, or maybe a Action Girl or a Badass Adorable boy or girl, Mrs. Ikura is your lady! She is most known for the roles of Kaori Makimura (City Hunter), Toraoh (Mashin Hero Wataru Series), Ryuunosuke Natsume (All-Purpose Cultural Cat Girl Nuku Nuku), and Leni Milchstrasse (Sakura Wars). She has even taken her voice acting skills on stage to perform, in costume, Leni Milchstrasse during several events starting in 1998 to the present.

She used to work under the stage name: Kazu Ikura for the duration between April 1991, to February of 1995.

Some of Kazue Ikura's roles are: