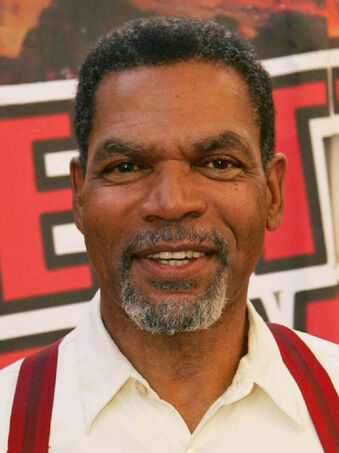 in Charleston, South Carolina) is an American actor and voice actor. He is best known as the voice of Jet Black from the popular anime Cowboy Bebop. In addition to voice acting, Billingslea has appeared in many popular TV series as a prolific guest actor. Before he got into acting, he played football at the University of Connecticut.

Much like James Earl Jones and Keith David, his natural, deep pipes often cast him as Scary Black Men and narrators. That being said, his roles aren't limited to black people and is capable of voicing badasses in general.

He primarily focuses on on-screen acting in recent years, usually in recurring or guest-starring roles, but occasionally does some union voice work in anime with Studiopolis and Bang Zoom! Entertainment.